US not to exchange Ukraine for Syria – Permanent Representative in UN

Shares
The U.S. won't exchange its stance on Russian aggression against Ukraine for progress on the Syrian issue, U.S. Permanent Representative to the United Nations Samantha Power said in an interview 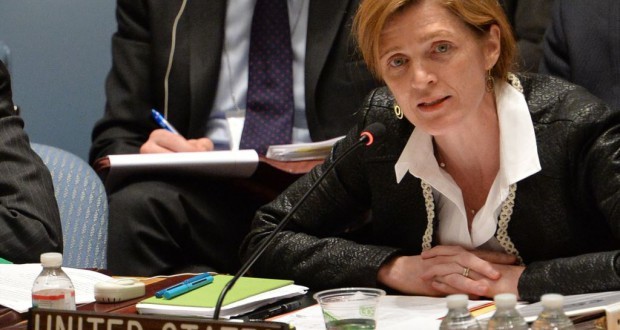 The U.S. Permanent Representative to the United Nations Samantha Power noted that the U.S. aimed to work with Russia on Syria constructively. However, trading, or the exchange of the Syrian issue for the Ukrainian one was out of question, Power said during an interview with the TV Channel 1+1, Interfax-Ukraine reports.

The U.S. representative to the UN also noted that it was too early to say where Russia would withdraw from Syria, and if that would actually happen.

She also stressed that Moscow had been forced to pay a high price for its actions in Crimea, eastern Ukraine and Syria.

Power said the escalation of violence in Ukraine was among a few reasons why the U.S. President Barack Obama urged Russian leader Vladimir Putin to return to the Minsk agreements.

She said the U.S. didn’t want the situation to deteriorate in Ukraine as a result of the decline in violence in Syria.

Power stressed that the U.S. strives for political solutions and peace in both countries.

It should be recalled that three days after announcement on Russia withdrawing its military forces from Syria, the Russian President Vladimir Putin said Russia could redeploy its forces in Syria “in a few hours.”