Shares
U.S. Ambassador to the OSCE is surprised by Ukraine's position as for Russian OSCE Special Monitoring Mission (SMM) personnel's access to Ukrainian territory after Russian aggression and the annexation of Crimea 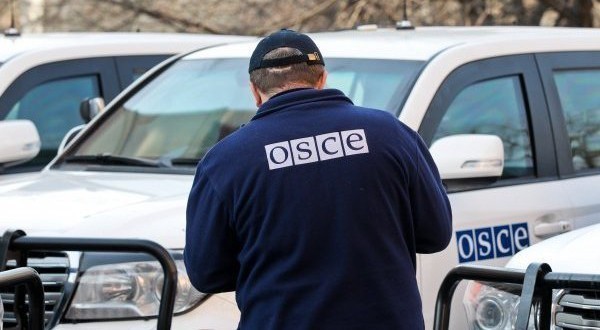 U.S. Ambassador to the Organization for Security and Cooperation in Europe (OSCE) Daniel Baer says he is surprised by Ukraine’s position as for Russian OSCE Special Monitoring Mission (SMM) personnel’s access to Ukrainian territory after Crimea and Donbas were occupied by Russia, UNIAN reports.

“Given the Russian invasion [of Ukraine], it is striking that Ukraine allows Russian citizens to serve along with other monitors,” Baer tweeted in Russian during a USApoRusski Twitter Q&A session on Wednesday. At the same time, he said that the OSCE SMM to Ukraine hires multinational teams whose team leaders should deal with quality control and security reports.

The OSCE SMM to Ukraine reported in December 2015 that there were 36 Russian citizens who were working as part of the OSCE SMM in Donbas.