Home / US / Why the Kremlin backs Trump – Reuters analysis 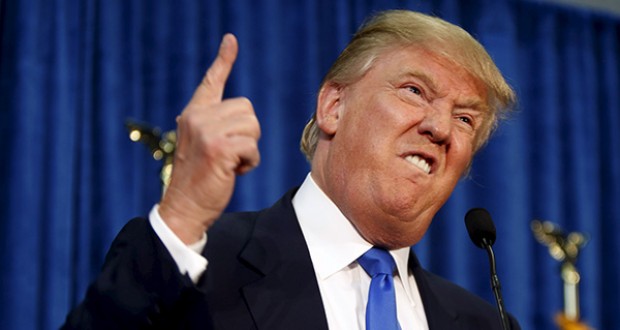 According to the edition “Putin has hailed Trump as “very talented”. The head of the Russian parliament’s foreign affairs committee said he’d be a worthy winner of the 2015 “man of the year” title in the United States.”

“And Dmitry Kiselyov, presenter of Russia’s main weekly TV news show “Vesti Nedeli,” claimed this month that the Republican party elite had struck a secret deal with the Democrats to derail Trump, in part because of his sympathy for Russia,” Reuters said.

“Trump doesn’t suit the Republican party,” Kiselyov told viewers. “They usually divide up the state budget (among themselves) by frightening people about Russia. But Trump is ready to find a common language with Putin. That’s why they don’t need Trump and even regard him as dangerous.”

Kiselyov has been one of the chief proponents of state television’s strongly anti-American tone, once saying Moscow could turn the United States into radioactive ash.

Some experts say Trump appeals to Moscow because Putin believes a Trump presidency would be isolationist and leave Russia with a free hand.

“The Kremlin can’t believe its luck,” said to Reuters Konstantin von Eggert, an independent Moscow-based political analyst who believes the Obama administration has not been forceful in countering Russia.

“President Obama and (Secretary of State) John Kerry were a dream team for them, but now they have an even better option; someone who thinks that America should have nothing to do with the rest of the world.”

RT, the Kremlin’s English-language TV channel formerly known as Russia Today, says it does not back any U.S. candidates. But it has described Trump as “idiosyncratic and raw,” and suggested he represents the popular will of U.S. voters, which a sinister U.S. establishment is trying to subvert.

Trump has won friends in Moscow with statements praising Putin as a strong leader that he could probably get along with. His support for Russian air strikes in Syria was welcomed.

In January, after a British judge ruled that Putin had “probably” authorized the murder of former KGB agent Alexander Litvinenko in London, Trump said he saw “no evidence” the Russian president was guilty.

Trump said: “First of all, he says he didn’t do it. Many people say it wasn’t him. So who knows who did it?”