Shares
The US Justice Department withdrew its legal action against Apple after the FBI cracked the security function without erasing contents of the iPhone used by Syed Farook, who carried out mass shooting in San Bernardino in December 2015 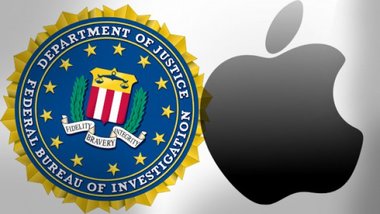 Although the government officially withdrew from its battle against Apple Monday, many observers sense the tech privacy war is just getting started, USA today reports.

“This lawsuit may be over, but the Constitutional and privacy questions it raised are not,” Congressman Darrell Issa (R-Calif.), who had criticized the Justice Department’s suit against Apple, said in a statement Monday.

The government maintained it was looking for access to one phone, but Apple countered that asking for a code that could access the iPhone 5c would create a backdoor to all such devices that was exploitable by other entities.

“This case should never have been brought,” Apple said in a statement released late Monday. “We will continue to help law enforcement with their investigations, as we have done all along, and we will continue to increase the security of our products as the threats and attacks on our data become more frequent and more sophisticated. … This case raised issues which deserve a national conversation about our civil liberties, and our collective security and privacy.”

In its two-page filing in a California magistrate’s court, the government noted that due to outside assistance it “no longer requires the assistance from Apple Inc.” Justice spokeswoman Melanie Newman said the FBI is reviewing the contents of the phone as “consistent with standard investigatory procedures,” and that “we will continue to pursue all available options for this mission, including seeking the cooperation of manufacturers and relying upon the creativity of both the public and private sectors.”

Government law enforcement officials have denied charges the FBI wanted to establish a backdoor to Apple’s encryption, and swatted away accusations that they were using the case to gain broader access to consumers’ devices.