Home / US / Bison about to be national mammal of the U.S.

Bison about to be national mammal of the U.S.

Shares
The House of Representatives passed The National Bison Legacy Act on Tuesday to make it official, and the Senate is expected to adopt that legislation later this week 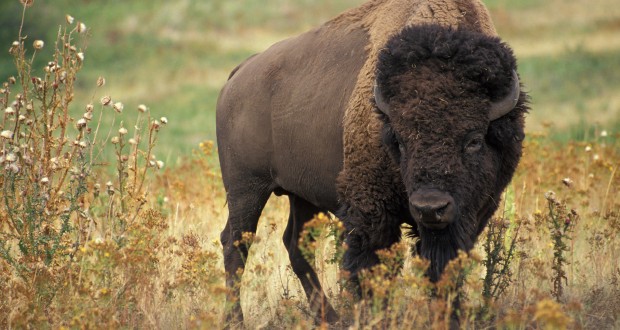 After decimating North America’s bison population to the brink of extinction and then fighting to bring that same population back to sustainability, the United States will now make bison its official mammal, Mashable.com reports.

The House of Representatives passed The National Bison Legacy Act on Tuesday to make it official, and the Senate is expected to adopt that legislation later this week. After that, it will need the president’s signature.

Bison will then sit alongside bald eagles, roses and oak trees as American symbols.

Native Americans had many uses for the continent’s bison, which once numbered around 30 million.

But as Americans began to conquer and pillage Native American nations across what is now the continental U.S., destroying bison populations became a key part of the American strategy to ruin Native American livelihood.

Eventually, the continent’s bison dwindled to around 1,000, and the number found in the U.S. was only half that.

Then, in 1886, William Hornaday, the first president of the Wildlife Conservation Society, began to drum up support for preserving bison. He published a book, “The Extermination of the American Bison,” in 1889, in which he called the bison the “most economically valuable wild animal that ever inhabited the American continent.”

He warned against not heeding the lessons of bison extermination, saying that other animals such as deer, moose and caribou were in danger if Americans were ever again allowed to kill so freely.

Five years later, killing a bison was a criminal offense.

Now, America’s bison population has grown back to around 350,000, and bison live in all 50 states.