Home / US / Reuters exclusive: Trump’s support almost even with Clinton

Shares
Donald Trump's support has surged and he is now running nearly even with Democrat Hillary Clinton among likely U.S. voters, a dramatic turnaround since he became the Republican party's presumptive presidential nominee, according to a Reuters/Ipsos poll released on Wednesday. 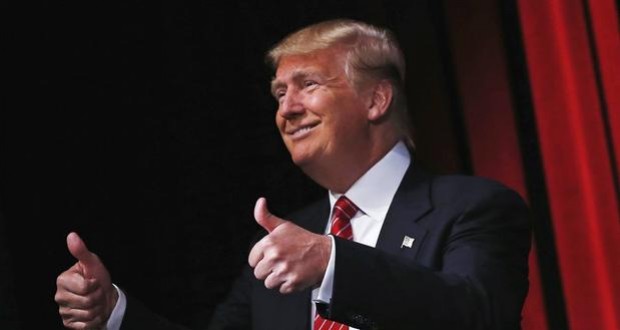 The results could signal a close fight between the two likely White House rivals as Americans make up their minds ahead of the November 8 election to succeed Democratic President Barack Obama. As recently as last week, Clinton led Trump by around 13 points in the poll, Reuters reports.

In the most recent survey, 41 percent of likely voters supported Clinton, the Democratic front-runner, and 40 percent backed Trump, with 19 percent not decided on either yet, according to the online poll of 1,289 people conducted from Friday to Tuesday. The poll had a credibility interval of about 3 percentage points.

The results reflect a big increase in support for Trump since he knocked out U.S. Senator Ted Cruz of Texas and Ohio Governor John Kasich last week to become the last Republican in the White House race.

There was no immediate comment from the Clinton or Trump campaigns.