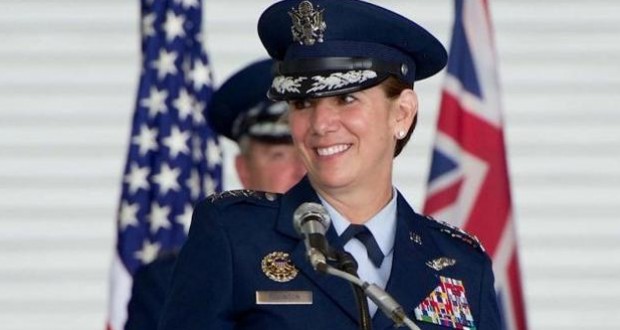 Air Force General Lori Robinson assumed her role as the new head of U.S. Northern Command Friday during a change of command ceremony attended by the military leaders from the United States, Canada and Mexico, Voice of America reports.

Gen. Robinson thanked her father, an Air Force veteran who served for 30 years, for inspiring her to join the military.

Secretary of Defense Ash Carter praised Robinson’s “complete set of proven experience” and her “ability to lead and command in high-tempo operational environments while putting her people first in every assignment.”

He underscored the backing of President Barack Obama, the commander-in-chief. “General Robinson will lead this team with certainty, clarity and with the full trust and confidence of me and the president,” said Carter.

Northern Command protects the geographic area that includes the continental United States, Alaska, Canada, Mexico, the Bahamas and the surrounding waters up to approximately 900 kilometers from the coast.

Robinson previously served as commander of Pacific Air Forces, where her geographic area of responsibility spanned more than half the world.  She is a senior air battle manager with more than 900 flight hours in surveillance and early warning aircraft, and previously held leadership roles in U.S. Air Forces Central Command, which operates in the Middle East.