Shares
Hillary Clinton has thanked her supporters for helping her reach a historic moment for women - the US Democratic nomination for president. 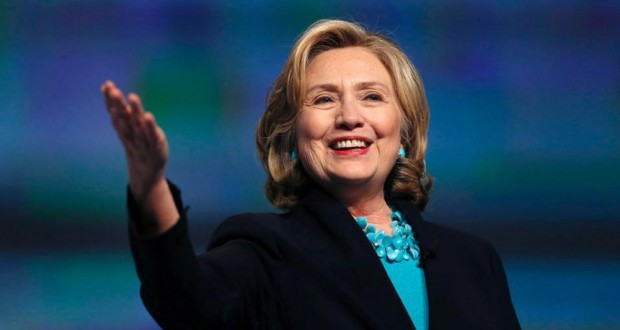 “Thanks to you, we’ve reached a milestone,” she told cheering crowds at a rally in New York, BBC reports.

Hillary Clinton hailed “the first time in our nation’s history that a woman will be a major party’s nominee”.

Hours later, she won the California Democratic primary, further cementing her hold on the nomination.

In all, she won four of the six states voting in primaries on Tuesday, also taking New Jersey, South Dakota and New Mexico.

Her rival Bernie Sanders found victory in the Montana and North Dakota caucuses and has refused to quit the race.

Polls had suggested the contest in California would be tight, but Hillary Clinton won by a margin of around 13%.

The Associated Press announced the result with more than 91% of the vote in.

Sanders had been hoping for a win in that state, the country’s most populous, to boost his campaign and bolster his claim to be a more viable presidential contender than Hillary Clinton.

As the votes were being counted, he told supporters he would remain in the race and contest the remaining primary in the District of Columbia on 14 June, despite acknowledging it was a “very, very steep fight”.