Shares
Snipers operating from rooftops in Dallas killed five police officers and wounded six more in a coordinated attack during one of several protests across the United States against the killing of two black men by police this week. 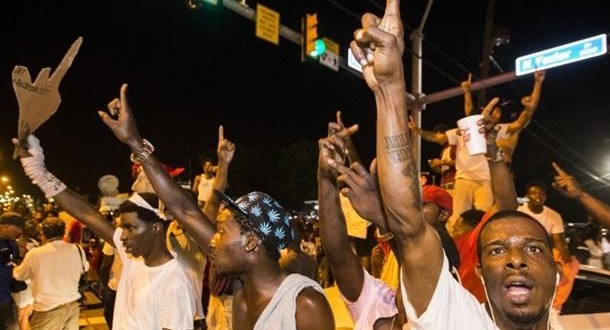 Police described Thursday night’s ambush as carefully planned and executed and said they had taken three people into custody before a fourth died, Reuters reports.

Dallas-based media said the suspect died from a self-inflicted gunshot wound after a standoff that extended into Friday morning.

The fourth suspect exchanged gunfire with police during the standoff at a downtown garage and warned of placing bombs throughout the city. Police have not yet confirmed his death but said no explosives have been found.

The attack came in a week that two black men were fatally shot by police officers in Baton Rouge, Louisiana, and outside Minneapolis. The killings, both now the subject of official investigations, inflamed tensions about race and justice in the United States.

The shots rang out as a protest in Dallas was winding down, sending marchers screaming and running in panic through the city’s streets.

It was the deadliest day for police in the United States since the Sept. 11, 2001, attacks on New York and Washington.

A total of 12 police officers and two civilians were shot during the attack, Dallas Mayor Mike Rawlings told CBS News. Three of the officers who were shot were women, he said.

Rawlings said the people in custody, including one woman, were “not being cooperative” with police investigators. He said the assailant who was dead was being fingerprinted and his identity checked with federal authorities.

Police were still not certain they knew all of the individuals involved in the attack, Rawlings said.

No motive has been given for the shootings at the downtown protest, one of many held in major cities across the United States on Thursday.

President Barack Obama, who was traveling in Poland, expressed his “deepest condolences” to Rawlings on behalf of the American people.

“I believe I speak for every single American when I say that we are horrified over these events and we are united with the people and police department in Dallas,” he said.

Obama said the FBI was in contact with Dallas police and that the federal government would provide assistance.

The Dallas shooting happened as otherwise largely peaceful protests unfolded around the United States after the shooting of Philando Castile, 32, by police near St. Paul, Minnesota, late Wednesday. His girlfriend posted live video on the internet of the bloody scene minutes afterward, which was widely viewed.

Over the last two years, there have been periodic and sometimes violent protests over the use of police force against African-Americans in cities from Ferguson, Missouri, to Baltimore and New York. Anger has intensified when the officers were acquitted in trials or not charged at all.