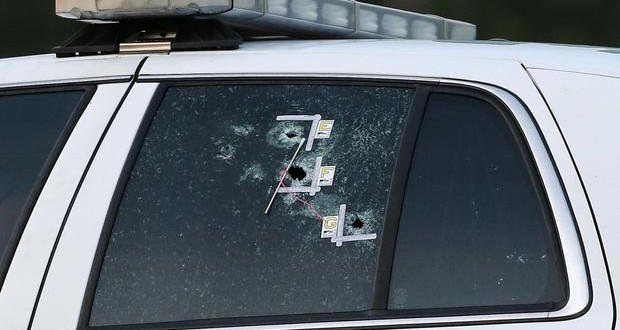 The tragedy happened nearly two weeks after the fatal police shooting of a black man there sparked nationwide protests, one of them shattered by the attack on five Dallas policemen, Reuters reports.

The Baton Rouge suspect, dressed in black and armed with a rifle, was himself shot to death minutes later in a gunfight with police who converged on the scene of a confrontation that Mayor Kip Holden said began as an “ambush-style” attack on officers.

Colonel Mike Edmonson, superintendent of the Louisiana State Police, told a news conference the gunman was believed to have acted alone, contrary to early reports that police may have been looking for other shooters.

Sunday’s bloodshed followed days of unrest over the police killings of two black men under questionable circumstances earlier this month – Alton Sterling, 37, in Baton Rouge on July 5, and Philando Castile, 32, near St. Paul, Minnesota, on July 6.

Police did not name the suspect. But a U.S. government official told Reuters the gunman was identified as Gavin Long, of Kansas City, Missouri. Long, who was black, was reported by other media to be 29 years old.

President Barack Obama condemned the attack, vowed that justice would be done and urged Americans to focus on rhetoric and actions that united the country, rather than divided it.

“We need to temper our words and open our hearts, all of us,” Obama said in televised remarks from the White House.