Shares
Completing his historic drive to the Republican presidential nomination, Donald Trumptold a divided Republican Party on Thursday he will be the "voice" for frustrated Americans who have been let down by government and the "elites" who run it. 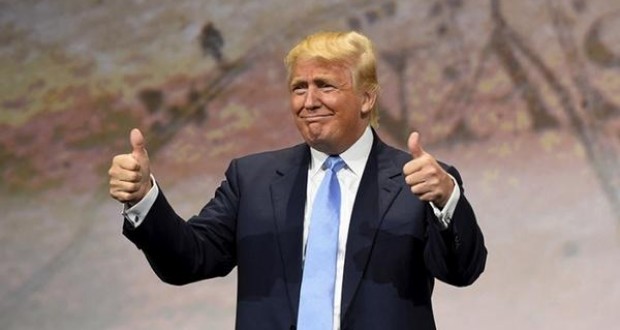 “Nobody knows the system better than me, which is why I alone can fix it,” Trump said in his address, the USA Today reports.

After ascending the stage to the theme from the action film Air Force One, Trump said he “humbly and gratefully” accepted the Republican nomination to the presidency, then launched into a prepared teleprompter speech peppered with caustic asides about career politicians.

In addition to promoting his own qualifications for the White House, Trump’s speech was aimed at uniting a convention in which the runner-up in the primary campaign refused to endorse him, critical delegates staged a noisy floor fight over the rules, and a string of high-profile Republicans boycotted the entire event.

Trump argued that the United States is in decline under the Obama administration, citing a litany of grim statistics about crime and violence, terrorism and national security, and the rising number of Americans who have stopped looking for work.

Election opponent Hillary Clinton and other Democrats are to blame for many of the nation’s ills, Trump said, and “the problems we face now — poverty and violence at home, war and destruction abroad — will last only as long as we continue relying on the same politicians who created them in the first place.”

Hitting the former secretary of State for foreign policy problems ranging from Libya to the Islamic State, Trump said that Clinton’s legacy is one of “death, destruction, terrorism and weakness.”

Citing the recent spate of police killings and terrorism, the businessman who has never held public office promised that “the crime and violence that today afflicts our nation will soon, and I mean very soon, come to an end.”

Echoing promises he has made since hitting the campaign trail 13 months ago, Trump said he will stop illegal immigration with a wall along the U.S.-Mexico border and change trade agreements that he claims have sucked manufacturing jobs out of the United States to foreign countries. He again blasted what he called the unfair trade tactics of competitors like China.

While Trump in past months has proposed a temporary ban on Muslims entering the United States, he said Thursday the suspension would apply only to immigrants “from any nation that has been compromised by terrorism.”

Throughout the day, the Clinton campaign and other Democratic groups sent out statements denouncing various Trump polices as ineffectual, divisive or simply wrong-headed, and accusing him of distorting Clinton’s records. They also cited Republican infighting over Trump, including the refusal of many high-profile Republicans to endorse the party’s new standard-bearer.

After a Trump acceptance speech that appeared to be of record length, Clinton tweeted that “we can’t let him become president.”