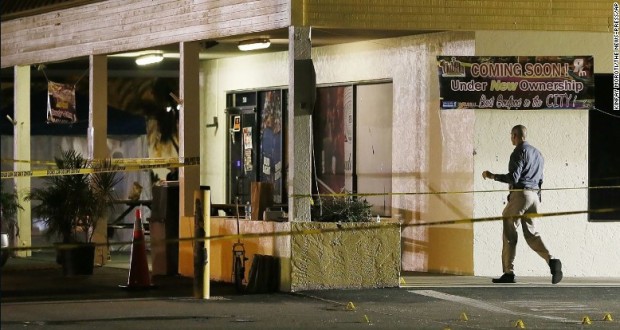 At least 16 others, ages 12 to 27, were wounded in the shooting. Of the four people still hospitalized Monday, two are in critical condition, and two are in fair condition, Lee Memorial Hospital said.

Police said the shooting was not terror-related and detained three adults in relation to it. But many other details remain uncertain.

“Investigators are working very hard to determine a motive,” Fort Myers police said in a statement. “The investigation is still very active as is the crime scene.”

A flier posted on Facebook advertised the club’s “Swimsuit Glow Party” Sunday night. It said no identification would be required to enter, meaning the party was open to all ages.

Club Blu released a statement Monday saying it tried to provide a safe environment for teens.

“We are deeply sorry for all involved,” the club posted on Facebook.