Trump says he would consider recognizing Crimea as part of Russia

Shares
The Republican candidate for U.S. president, Donald Trump, has said that, if elected, he would consider recognizing Russia’s annexation of Ukraine’s Crimean Peninsula. 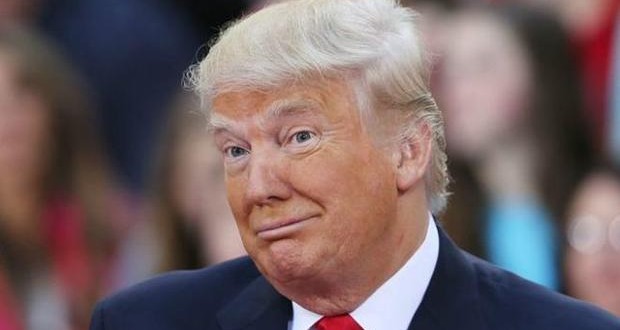 “I’m going to take a look at it,” Trump said in an interview broadcast on July 31 on the U.S. television program This Week, according to the RFE/RL report. “But you know, the people of Crimea, from what I’ve heard, would rather be with Russia than where they were. And you have to look at that, also.”

The move would be a reversal of the Obama administration’s policy of refusing to recognize Russia’s occupation and illegal annexation of Crimea in March 2014.

He also suggested that Russian President Vladimir Putin had no designs on Ukraine.

“Just so you understand. [Putin is] not going to go into Ukraine, all right? You can mark it down and you can put it down. You can take it anywhere you want,” before admitting, after prodding by the program’s host, that, “OK, well, he’s there in a certain way, but I’m not there yet,” an apparent reference to the U.S. presidency.

He then blamed U.S. President Barack Obama for the “mess” in “that whole part of the world.”

Trump also said he was not involved in a move that decreased support for Ukraine in the Republican Party platform.

His supporters at the Republican National Convention in July prevented a reference being added to the party’s foreign policy agenda on providing weapons to Kyiv for its fight against Russia-backed separatists in eastern Ukraine.

Trump also denied having any kind of relationship with Russian President Vladimir Putin, saying he’d neither met Putin nor spoken on the phone with him.