Home / US / Obama: Trump ‘unfit’ to be president

Obama: Trump ‘unfit’ to be president

Shares
President Barack Obama called Donald Trump "unfit" and "woefully unprepared" to be president on Tuesday, his strongest criticisms yet of the Republican presidential nominee. 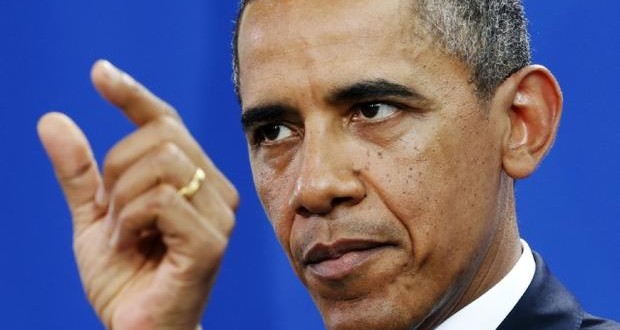 During a press conference at the White House with Singapore Prime Minister Lee Hsien Loong, Obama posed the question to the Republican Party: “If you are repeatedly having to say what Trump says is unacceptable, why are you still endorsing him?” – NBC News reports.

The president’s remarks come amid Trump’s ongoing feud with Khizr and Ghazala Khan, the parents of a slain U.S. soldier who criticized Trump at the Democratic National Convention.

A number of Gold Star families, who have lost a family member serving in the military, called for Trump to apologize after he implied that Khan’s wife didn’t speak because of Islam traditions.

“The notion that he would attack a Gold Star family that had made such extraordinary sacrifices on behalf of our country, the fact that he doesn’t appear to have basic knowledge around critical issues in Europe, the Middle East, Asia means that he is woefully unprepared to do this job,” Obama said.

The president on Monday weighed in on the feud, applauding the “sacrifices” made by Gold Star families, but didn’t directly call out Trump.

Republican leaders, including House Speaker Paul Ryan and former prisoner of war John McCain, distanced themselves from Trump following his rebuttal. But few so far have used the comments as a chance to revoke their endorsements.

Obama on Tuesday continued that while there have been Republican presidents he has disagreed with, Trump’s actions put him in a different category.

“What does this say about your party that this is your standard bearer? This isn’t a situation where you have an episodic gaffe,” Obama said. “There has to be a point in which you say ‘This is not somebody I can support for president of the United States.”