Home / US / Obama: Trump’s warning on elections is ‘ridiculous’

Shares
The U.S. President Barack Obama ridiculed Donald Trump's recent suggestion that the election system could be rigged, called on the candidate to act like a president since he's soon to be briefed on confidential information and implied that he didn't believe the billionaire businessman could be trusted with America's nuclear codes. 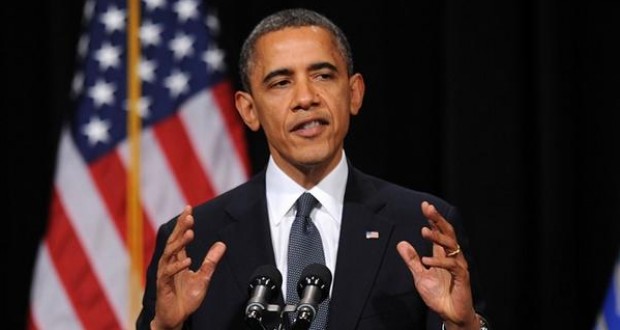 The advertised purpose of President Barack Obama’s pre-vacation news conference Thursday was to highlight gains in the war against ISIS in Iraq and Syria with the Pentagon as a backdrop, CNN reports.

But for all his talk of terrorism, Russia and other geopolitical challenges, the underlying argument he wanted to make was clear: it’s a serious business being commander-in-chief and the Republican who wants his job isn’t fit for the Oval Office.

“Just listen to what Mr. Trump has to say and make your own judgment with respect to how confident you feel about his ability to manage things like our nuclear triad,” he said in response to a question from CNN’s Barbara Starr. “This is serious business.”

Unserious, he suggested, was Trump’s warning that November’s election could be rigged against him: He mocked the assertion as “ridiculous.”

“Of course the election won’t be rigged. What does that mean?” Obama said, struggling to disguise his contempt. “If Mr. Trump is suggesting that there is a conspiracy theory that is propagated across the country, including in places like Texas where typically it is not Democrats who are in charge of voting booths, that’s ridiculous. That doesn’t make any sense.”

Obama, in his last planned public appearance before his annual vacation in Martha’s Vineyard, said he had never heard of anyone complaining that they had been cheated before the score had been tallied.

“My suggestion would be, you know, go out there and try to win the election.”

“If Mr. Trump is up 10 or 15 points on Election Day and he ends up losing, then, you know, maybe he can raise some questions,” Obama said. “That doesn’t seem to be the case at the moment.”

A few days ago. President Barack Obama called Donald Trump “unfit” and “woefully unprepared” to be president on Tuesday, his strongest criticisms yet of the Republican presidential nominee.

Obama did say, however, that should Trump beat Clinton, he would fulfill his duty to help the incoming president despite his criticisms of the billionaire’s fitness for the Oval Office.

“If somebody wins the election and they are president, then my responsibility is to peacefully transfer power to that individual. And do everything I can to help them succeed,” he said.