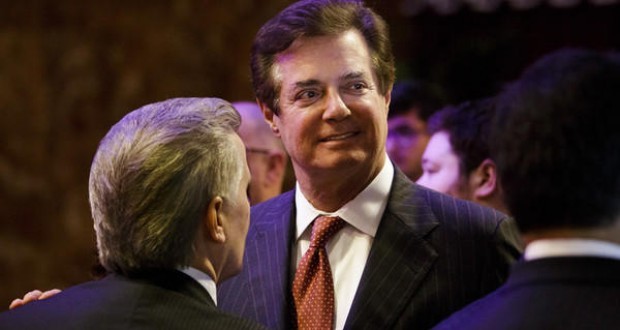 The 67-year-old veteran political strategist has come under fire for his ties to Russian interests and former Ukrainian President Viktor Yanukovych.

But it is not yet clear why he left the team, which was overhauled earlier this week with the addition of a new campaign chief executive and a new campaign manager.

Donald Trump has come under pressure in recent weeks after a series of controversial remarks and falling poll numbers.

“This morning Paul Manafort offered, and I accepted, his resignation from the campaign,” Trump said in a statement.

“I am very appreciative for his great work in helping to get us where we are today, and in particular his work guiding us through the delegate and convention process.”

Paul Manafort has faced public scrutiny in recent weeks after the New York Times reported that the Ukrainian government had uncovered ledgers pledging more than $12m (£9.2m) in undisclosed cash payments for his work with Yanukovych, who fled after an uprising in November 2013.

Ukraine’s National Anti-Corruption Bureau (NABU) is also investigating business deals worth millions of dollar that are linked to Manafort.

He has vehemently dismissed the claims and denied any wrongdoing.

Paul Manafort, a former adviser to George HW Bush and Bob Dole, only joined the Trump campaign in March, to help the New Yorker secure the party’s nomination.