Shares
Donald Trump declared on Wednesday that Russia's Vladimir Putin had been a better leader than U.S. President Barack Obama, as the Republican presidential nominee used a televised forum to argue he was best equipped to reassert America's global leadership. 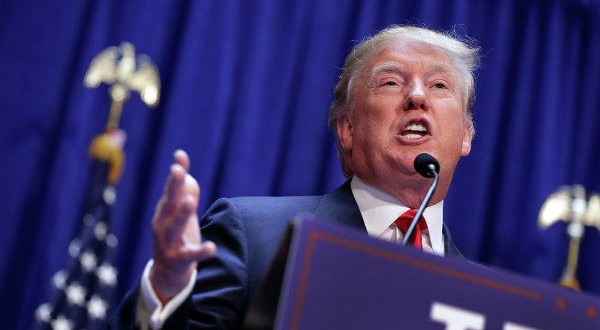 Trump suggested at the event in which he and Democratic rival Hillary Clinton made back-to-back appearances that U.S. generals had been stymied by the policies of Obama and Clinton, who served as the Democratic president’s first secretary of state, Reuters reports.

“I think under the leadership of Barack Obama and Hillary Clinton the generals have been reduced to rubble. They have been reduced to a point that’s embarrassing for our country,” Trump said at NBC’s “Commander-in-Chief” forum in New York attended by military veterans.

It was the first time Trump and Clinton had squared off on the same stage since accepting their parties’ presidential nominations in July for the Nov. 8 election.

Clinton was grilled over her handling of classified information while using a private email server during her tenure at the State Department. FBI Director James Comey had declared her “extremely careless” in her handling of sensitive material but did not recommend charges against her.

“I did exactly what I should have done and I take it very seriously, always have, always will,” she said. Trump’s praise of Putin and his suggestion that the United States and Russia form an alliance to defeat Islamic State militants could raise eyebrows among foreign policy experts who feel Moscow is interfering with efforts to stem the Syrian civil war.

Trump had called Obama “the founder of ISIS,” an acronym for Islamic State, in stump speeches several weeks ago. The statement drew broad criticism, prompting him to take a more disciplined approach to campaigning. He has since picked up ground on Clinton in national opinion polls.