Shares
A 23-year-old Melania Knavs played “the first woman president of the United States” in a TV commercial. 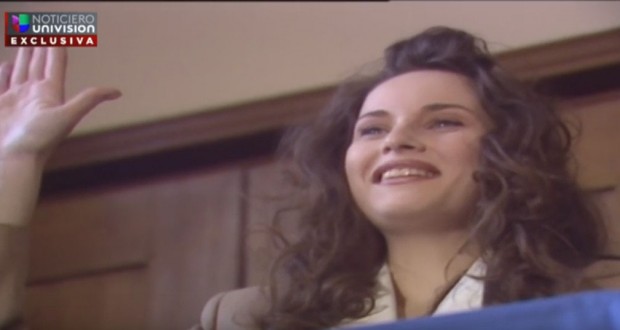 The future wife of Republican presidential candidate Donald Trump, Melania worked as a model in Slovenia in the 90’s. In an advertisement for a Slovenian clothing company, Melania plays the first woman US president, Joinfo.ua reports.

The footage was discovered by Univision television that reports that the original title was “The first woman president of the United States.”

Melania appears in a shoulder-padded coat disembarking a plane with her “secret agents”. Then she is sworn as the president. And the ceremony takes place not on the steps of the U.S. Capitol but in the library of the National University of Slovenia. Melania sits in front of the emblem of the European Union instead of the US flag. Then she puts on reading glasses with a chain and signs documents.

It is a noticeable coincidence that now Melania’s husband takes on the woman who really wants to be the US president.

Another coincidence is that in the video, according to Univision, she is signing an immigration document, which Donald Trump would probably never approved.