Shares
The police department of North Port, Florida, received calls asking if a UFO was invading the Earth when the light flashed. However, it soon turned out the fireball was actually a small meteor. 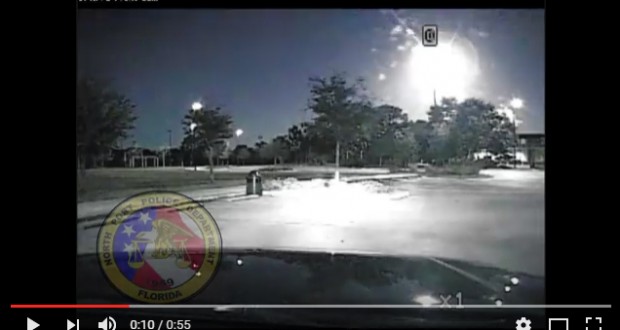 Josh Stone, a meteorologist at WWSB TV in Sarasota, said the fireball “looked as bright as the sun” and that he “heard a little rumbling after it faded away,” Joinfo.com reports with reference to Geo.tv.

“A baseball-sized meteor entered the atmosphere around 11:18pm on Monday night, moving at the speed of 40,000 miles (over 64,000 kilometers) per hour,” reported NASA’s Marshall Space Flight Center in Huntsville, Alabama.

The North Port Police Department captured the phenomenon on two of its patrol cars.