Shares
At least nine people were injured at Ohio State University in an attack that was carried out by two assailants at the Columbus campus on Monday, according to local officials and media. 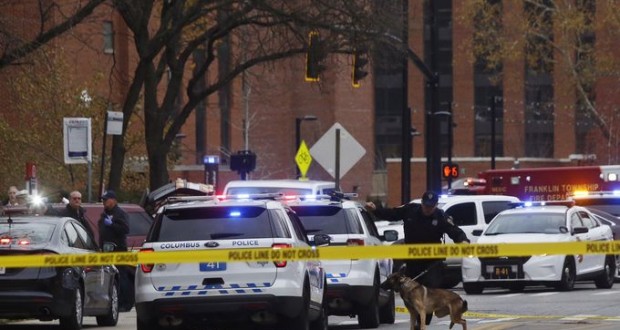 The nine victims were taken to local hospitals, a spokeswoman with the Columbus Fire Department said. One person was in critical condition, and the others were stable. The nature of their injuries was not immediately known. Local media reported that the injured were both shot and stabbed, according to Reuters.

Local TV stations reported that a suspected attacker was shot, four of the injured suffered gunshot wounds. Reportedly, the attack began with a person armed with a gun and another individual with a knife got out of a sport utility vehicle at a university engineering building. At least some victims were stabbed.