Shares
The SkyWest flight 5588 made an emergency landing at San Antonio International Airport on Sunday afternoon. The plane began having issues with its landing gear on approach to the airport 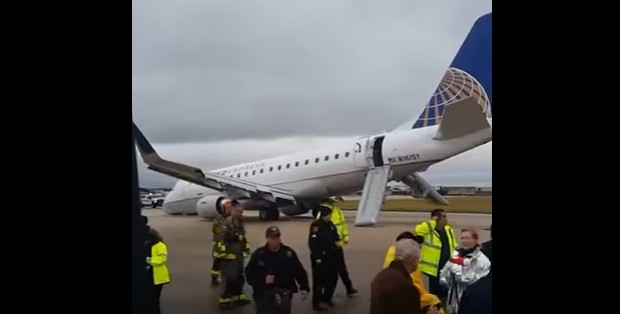 The SkyWest flight 5588, operating under United Express, departed from Houston en route to Mexico’s Monterrey with 51 passengers and four crew members. During the flight, the pilot received a notification that there was an issue with a gear, the airline said, Joinfo.com reports with reference to the ABC News.

Although the nose gear of the aircraft collapsed during landing, passengers reportedly suffered only a few minor injuries. All the people were safely evacuated from the plane.

It should be recalled that a rescue team is searching for a twin-engine M28 Skytruck plane lost contact on Saturday morning. The authorities suspect that the plane with 13 people on board crashed somewhere between the Islands of Mensanak and Sebangka or Gentar, off the coast of Sumatra.