Shares
A police officer was killed after her car was swallowed by a sinkhole on the road in San Antonio, Texas on Sunday night 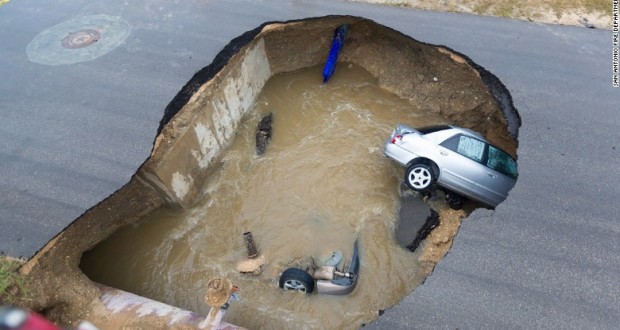 A Bexar County Sheriff Deputy Dora Linda (Solis) Nishihara was killed and two other people were injured after their cars were swallowed by the sinkhole on Sunday, Joinfo.com reports with reference to USA Today.

The San Antonio Fire Department confirmed Monday that firefighters removed the two vehicles from the sinkhole shortly after 10 a.m. on Monday.

The sinkhole, which was located on a two lane road in southwest San Antonio, was first reported around 7:30 p.m. on Sunday night, according to officials.

Firefighters said a man in his 60s was driving through standing water when his vehicle entered the sinkhole.

People in a car passing by saw the man stranded and stopped to help him. Firefighters said a woman was injured in the process of helping the man.

The man who entered the sinkhole and the woman who stopped to help him were both transported to the hospital with minor injuries.

Bexar County Sheriff Susan Pamerleau said in a statement that officials were devastated by Nishihara’s death.

“Our thoughts and prayers are with her friends and family,” she said in a statement. “Deputy Nishihara worked as a Reserve Deputy from August 2009 to October 2016 before transitioning to a part-time Deputy at the Bexar County Courthouse in October of this year. We are assisting her family as they deal with this tragedy.”