Shares
John Glenn, a national hero who was the first American astronaut to orbit the Earth was on February 20, 1962, died on Thursday at the age of 95 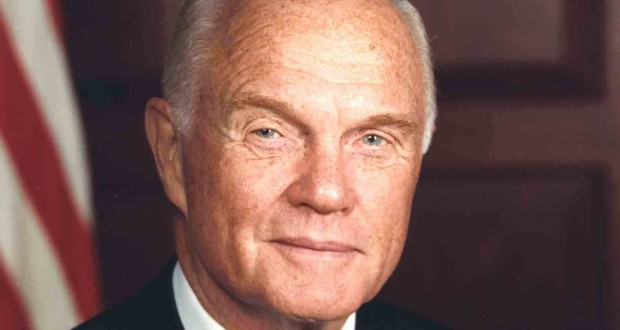 John Glenn started his career as a pilot in the US Navy. He was a distinguished pilot during World War II and the Korean War. In 1959, Glenn joined NASA. He was among the first group of astronauts, one of the “Mercury Seven” group, Joinfo.com reports with reference to NPR.

On February 20, 1962, Glenn flew the Friendship 7 mission and became the first American to orbit the Earth and the fifth person in space. The dangers of the mission were great. No one knew whether the people in that group, the Mercury Seven, would survive.

“Roger, zero G and I feel fine,” Glenn said his legendary phrase from space. “Capsule is turning around. Oh, that view is tremendous!”

After the history-making flight 4 million Americans greeted him at a parade in New York.

Glenn made history a second time in 1998, when he flew aboard the shuttle Discovery to become the oldest person to fly in space.

In 1974, he was elected to represent Ohio in the U.S. Senate. Two years later, Glenn’s name was among those mentioned as a running mate for Democratic presidential nominee Jimmy Carter, but Carter ended up picking Sen. Walter Mondale of Minnesota.

Glenn campaigned in the Democratic primary for the 1984 presidential election, but ended up losing to Mondale.

But he remained in the Senate, serving four six-year terms. He retired from politics in 1999.