Shares
President-elect of the US Donald Trump blasted the American intelligence community Sunday, calling its assessment that Russia interfered in the election "ridiculous." 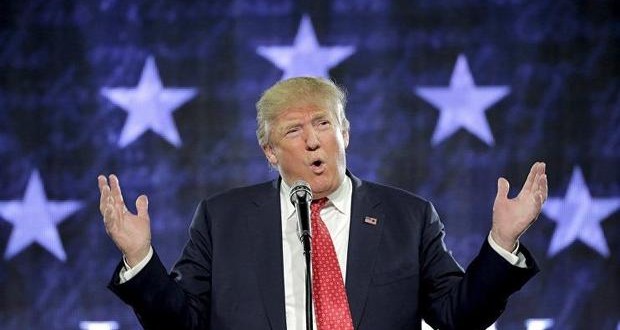 “I think it’s just another excuse. I don’t believe it,” Trump said in an interview on “Fox News Sunday,” CNN reports.

Trump’s direct criticisms of the intelligence community are unprecedented for an incoming commander in chief. His comments come as some leading Republicans call for an investigation into the CIA’s assessment that Russia directed the hacking of Democratic operatives and other moves intended to help Trump defeat Hillary Clinton in the 2016 presidential race.

Trump, though, said Democrats were “embarrassed” by the election’s results. He asserted the CIA has no idea who was involved in the hacking, and claimed it could have been other countries or individuals.

“Once they hack if you don’t catch them in the act you’re not going to catch them,” Trump said. “They have no idea if it’s Russia or China or somebody. It could be somebody sitting in a bed some place.”

He acknowledged that “it could be Russia” that hacked Democrats. “I don’t really think it is, but who knows? I don’t know either. They don’t know and I don’t know,” he said.

“I don’t want anyone hacking us, and I’m not only talking about countries,” Trump said. “I’m talking about anyone, period. But if you’re going to do that, I think you should not just say ‘Russia.’ You should say other countries also, and maybe other individuals.”

Trump also defended his decision to only occasionally receive the Presidential Daily Briefing — an intelligence assessment offered every morning to the President-elect, matching information delivered to President Barack Obama.

Trump said he’s told intelligence officials to tell him when something changes, and that he receives the briefing “when I need it.”

That remark drew derision from Rep. Adam Schiff of California, the top Democrat on the House Intelligence committee.

“If Trump was as smart as he keeps telling us, he would appreciate all he has to learn. #TakeTheBriefings,” Schiff tweeted.