Kanye West and Donald Trump met to talk ‘about life’

Shares
Donald Trump says he and Kanye West have been friends ‘a long time’, telling reporters at Trump Tower the pair spoke about ‘life’ during brief meeting 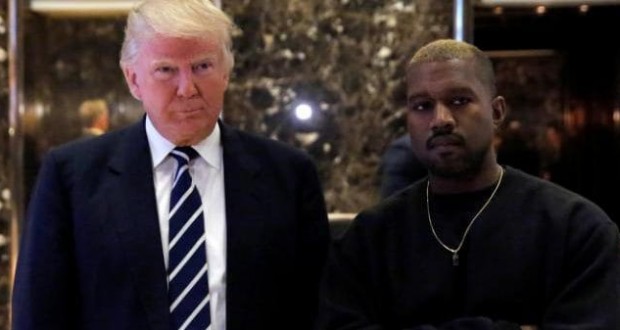 Kanye West met Donald Trump at Trump Tower on Tuesday morning, with the president-elect telling reporters they spoke about “life,” The Guardian reports.

West arrived at 9.13am and then he and Trump emerged from the tower’s gold elevator together around at around 9.53am and posed for photos in front of the waiting media.

When asked what they spoke about, Trump replied: “Just friends, just friends. He’s a good man.”

Trump did not answer questions about whether West would perform at his inauguration – the president-elect has reportedly been struggling to find any willing high-profile artists – and said the two had been friends a “long time”.

“Life. We discussed life,” said Trump, who has been running his presidential transition process from the Manhattan skyscraper where he lives.

The pair then dapped, and Trump said: “So long, man. You take care of yourself. I’ll see you soon.”

Pool reporter Tal Kopan posted a video of the interaction on Instagram:

At a concert in San Jose on 17 November, West said that if he had voted in the presidential election – which he had not – he would have backed Trump.

“I would’ve voted on Trump,” said West, while many in the audience booed.