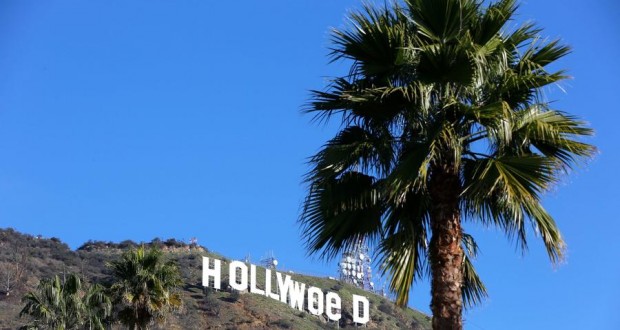 Armed with four tarpaulins, a prankster had climbed Mount Lee under the cover of night to edit the iconic landmark, which was changed to “HOLLYWeeD,” Los Angeles Times reports.

Security footage recorded at 3 a.m. Sunday showed a “lone individual” climbing up the mountain, scaling the sign’s ladders and hanging tarpaulins over the O’s to change them to E’s, said Sgt. Guy Juneau of the Los Angeles Police Department’s Security Services division.

It could have been a New Year’s Eve prank, Juneau said, or the work of “a thrill seeker.”

The surveillance footage showed a man dressed in black, tactical-style gear. One of the tarpaulins was decorated with a peace sign, and another with a heart.

Because the sign was not damaged, the incident will be investigated as misdemeanor trespassing. The police have no suspects.