Home / US / Trump asks US Congress, not Mexico, to pay for border wall

Trump asks US Congress, not Mexico, to pay for border wall

Shares
President-elect Donald Trump's transition team has signaled to congressional Republican leaders that his preference is to fund the border wall through the appropriations process as soon as April, according to House Republican officials. 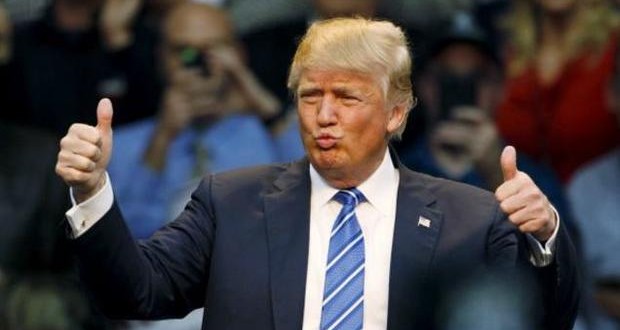 The move would break a key campaign promise when Trump repeatedly said he would force Mexico to pay for the construction of the wall along the border, though in October, Trump suggested for the first time that Mexico would reimburse the US for the cost of the wall, CNN reports.

Trump defended that proposal Friday morning in a tweet, saying the move to use congressional appropriations was because of speed.

“The dishonest media does not report that any money spent on building the Great Wall (for sake of speed), will be paid back by Mexico later!” Trump tweeted Friday. The Trump team argues it will have the authority through a Bush-era 2006 law to build the wall, lawmakers say, but it lacks the money to do so. Transition officials have told House GOP leaders in private meetings they’d like to pay for the wall in the funding bill, a senior House GOP source said.

“It was not done in the Obama administration, so by funding the authorization that’s already happened a decade ago, we could start the process of meeting Mr. Trump’s campaign pledge to secure the border,” Indiana Republican Rep. Luke Messer said on Thursday.

“Democrats may well find themselves in the position to shut down all of government to stop the buildout of a wall, or of a barrier, or of a fence,” Messer said.

If Mexico refuses to pay for the wall, the GOP could add billions of dollars into the spending bill that needs to pass by April 28 to keep the government open. But doing so would force a showdown with Senate Democrats and potentially threaten a government shutdown.

No decisions have been made, GOP sources said.