Shares
The shooting occurred in the baggage claim area of Terminal 2at the Fort Lauderdale airport on Friday, leaving multiple people dead. 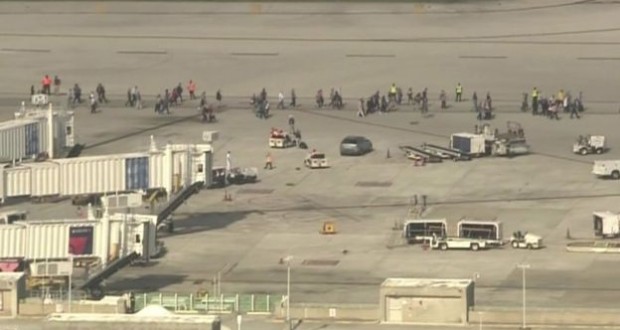 Authorities say the gunman, who appeared to be acting alone, is in custody, CNN reports.

According to the report, five people were killed in the airport shooting, while eight people were transported to a hospital.

Gene Messina told CNN he’d arrived at the airport as people were being evacuated from the terminal.

“I got off the plane and I saw people running and screaming,” he said. “At first I was in shock but when I saw TSA agents running, I booked.”

Investigators are looking into the gunman’s motive, according to Broward County Mayor Barbara Sharief. Investigators haven’t released his name or detailed the events leading up to the shooting.

Parts of the airport were evacuated. Aerial footage from CNN affiliates showed large groups of people standing outside on the tarmac.