Shares
The Office of the Director of National Intelligence has released on Friday its public report on Russian hacking operations in the US. 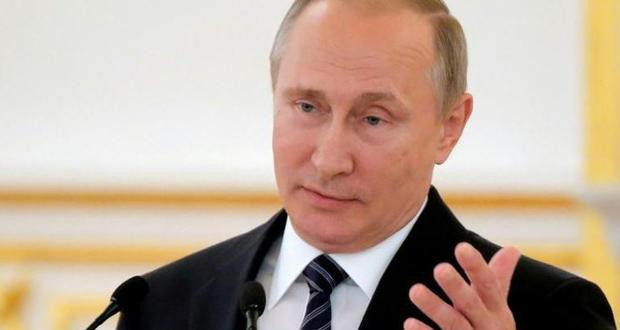 The US intelligence said in the declassified report published on Friday that Russian President Vladimir Putin sought to help Donald Trump win the presidential election, Joinfo.com reports with reference to the BBC.

The report was released shortly after intelligence chiefs briefed President-elect Donald Trump on their findings.

Trump stopped short of accusing Russia of interfering, saying only that the election outcome was not affected.

“We assess … that Russian President Vladimir Putin ordered an influence campaign in 2016 aimed at the US presidential election, the consistent goals of which were to undermine public faith in the US democratic process, denigrate Secretary Clinton, and harm her electability and potential presidency. We further assess Putin and the Russian Government developed a clear preference for President-elect Trump,” said in the report.

“We assess Putin, his advisers, and the Russian Government developed a clear preference for President-elect over Secretary Clinton,” it continued.

The 25-page document is a cut-down version of the classified report presented to President Barack Obama on Thursday and to Trump on Friday.

Since winning the election, Trump has repeatedly questioned US intelligence claims of Russian hacking.

US officials previously said the Kremlin was behind the hacking of Democratic Party emails aimed at damaging Trump’s rival, Hillary Clinton.

Russian agents are alleged to have sent emails stolen from the Democrats to WikiLeaks to try to swing the vote for Trump.

Russia has denied any involvement in the hacking and WikiLeaks founder Julian Assange says Moscow was not the source for the site’s mass leak of emails from the Democratic Party.

Shortly before his briefing with intelligence chiefs, Mr Trump dismissed the Russian hacking claims as a “political witch-hunt” by his opponents.

He told the New York Times that US institutions had been the target of previous hacking attacks, but they had not received the same media attention as the alleged intrusions during the election campaign.

“Whether it is our government, organizations, associations or businesses we need to aggressively combat and stop cyber-attacks. I will appoint a team to give me a plan within 90 days of taking office.”

The identities of the Russian agents allegedly directly responsible for the hack are known to US authorities but have not been released publicly, reports say, citing intelligence sources.