Home / US / Rex Tillerson: ‘Russia Had No Right to Take Crimea’

Rex Tillerson: ‘Russia Had No Right to Take Crimea’

Shares
Secretary of State nominee Rex Tillerson said also that the U.S. response to Russia’s 2014 annexation of Crimea should have been significantly more aggressive — particularly by delivering a more robust flow of defensive military equipment to Ukrainian forces. 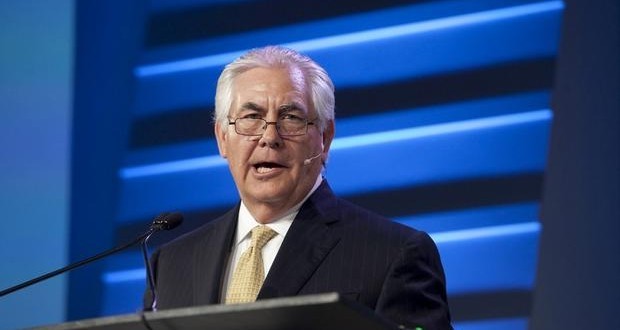 According to The Washington Times, Tillerson also said that the U.S. response to Russia’s 2014 annexation of Crimea should have been significantly more aggressive — particularly by delivering a more robust flow of defensive military equipment to Ukrainian forces.

“The absence of a very firm and forceful response to the taking of Crimea was judged by the leadership in Russia as a weak response,” Mr. Tillerson said early during his nomination hearing on Capitol Hill Wednesday, adding that Moscow was encouraged by the lack of U.S. power projection to meddle further in eastern Ukraine.

In an exchange that appeased the top Democrat on the Senate Foreign Relations Committee, Mr. Tillerson said he agreed with moves NATO made in response to Moscow’s aggression in 2014, particularly the alliance’s deployment assets to Baltic states to send a message to Russian President President Vladimir Putin that additional meddling would not be tolerated.

“That is the type of response that Russia expects,” Mr. Tillerson, the former CEO of ExxonMobil said. “If Russia acts with force, [and the] taking of Crimea was an act of force … they require a proportional show of force to indicate to Russia that there will be no more taking of territories.”

Sen. Ben Cardin, the Foreign Relations Committee’s ranking Democrat from Maryland who’d raised the issue, said it was “very encouraging” to hear Mr. Tillerson’s response “because it’s not exactly consistent with what Mr. Trump is saying.”

The president-elect made headlines during last year’s campaign by questioning the relevance of NATO and calling the alliance “obsolete.”

It should be noted that US President-elect Donald Trump said for the first time Wednesday he believes Russia was responsible for hacking ahead of the election but rejected allegations that Moscow mounted a campaign to compromise him.