Shares
Michael Flynn, Trump's choice for national security adviser, had five phone calls with Russia's ambassador on the day the US retaliated for Russia's interference in the US presidential election, three sources said, according to Reuters 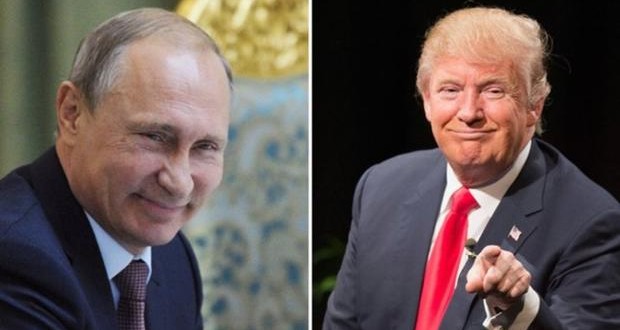 Michael Flynn, US President-elect Donald Trump’s nominee for national security adviser, held five phone calls with Russia’s ambassador to Washington on the day the United States retaliated for Moscow’s meddling in the US presidential election, three sources familiar with the matter told Reuters.

According to the report, the calls occurred between the time the Russian embassy was told about US sanctions and the announcement by Russian President Vladimir Putin that he had decided against reprisals, said the sources. They spoke on condition of anonymity, citing internal US government deliberations about the issue.

The calls raised fresh questions among some US officials about contacts between Trump’s advisers and Russian officials at a time when US intelligence agencies contend that Moscow waged a multifaceted campaign of hacking and other actions to boost Republican Trump’s election chances against Democrat Hillary Clinton.

On Dec. 29, US President Barack Obama announced he had ordered the expulsion of 35 Russian diplomats suspected of being spies and imposed sanctions on two Russian intelligence agencies over their involvement in hacking U.S. political groups.

The administration told Russian Ambassador to the United States, Sergei Kislyak, an hour before the decision was made public, one of the sources said.

The phone calls between Flynn and Kislyak were first reported by Washington Post columnist David Ignatius.

A Trump official confirmed one phone conversation between the two men on Dec. 29, and said their understanding was they did not discuss the sanctions.

The three sources stressed to Reuters that they did not know who initiated the five calls between Flynn, a former three-star Army general who headed the US Defense Intelligence Agency under Obama, and Kislyak. Nor did they know the contents of the conversations, and declined to say how they learned of them.

One source said there was nothing intrinsically odd or wrong about a Russian diplomat speaking to a member of Trump’s team following the US announcement. Moscow, the source added, probably would want to have some sense of what Trump’s team thought about the measures.

That sentiment was echoed Friday by State Department spokesman Mark Toner. “This building doesn’t see anything necessarily inappropriate about contact between members of the incoming administration and foreign officials,” Toner said.

The other two sources, however, said the timing of the calls raised a question about whether Flynn had given Kislyak any assurances to soothe Russian anger over the US moves.

Flynn raised eyebrows among some US foreign policy veterans when he was pictured sitting at the head table with Putin at a banquet in Moscow in late 2015 celebrating Russia Today, an international broadcasting network funded by the Russian government.

However, Flynn has also expressed skepticism about Moscow’s intentions – a view that does not seem to fit Trump’s vision of closer ties with Moscow.

But on Dec. 30, Putin announced that he would not retaliate. Trump praised Putin for the decision, writing in a Twitter post, “Great move on delay (by V.Putin). I always knew he was very smart!”

Trump spokesman Sean Spicer earlier Friday said Flynn and Kislyak had spoken on Dec. 28, the day before Washington announced the expulsions and sanctions.

But a Trump official acknowledged later in the day that they held one conversation on Dec. 29 about setting up a telephone call between Trump and Putin after Trump’s Jan. 20 inauguration. The official, who spoke on condition of anonymity, was aware of only one phone call between the two that day and did not know if they spoke again since.

After the Nov. 8 election, Russian Deputy Foreign Minister Sergei Ryabkov told the state-run Interfax news agency that the Russian government was in touch with members of Trump’s political team during the U.S. election campaign and knew most of his entourage.

At a news conference on Wednesday, Trump declined to answer whether anyone connected to him or the campaign had contact with Moscow during the campaign and said he had no loans or business deals with or in Russia.