‘Tears of joy’ as girl stolen 18 years ago meets family

Shares
The grandmother of a girl stolen more than 18 years ago as a newborn baby has described her "tears of joy" at discovering that she is alive and well. 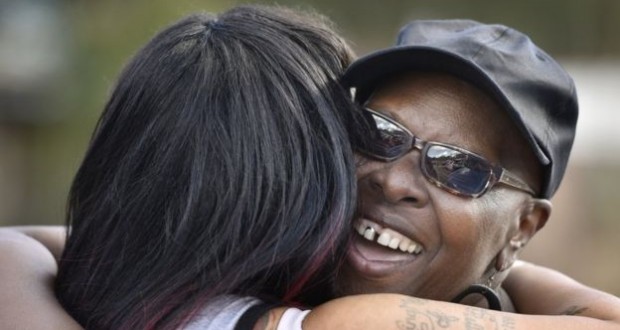 Velma Aiken told the BBC it was a good feeling to know that Kamiyah Mobley – her granddaughter stolen from a hospital 18 years ago – was “all right and looking good”.

Kamiyah Mobley was abducted in July 1998 from a hospital in Jacksonville, in the US state of Florida.

DNA tests confirmed her identity. The woman she thought was her mother was charged with kidnapping.

The office said it had acted on 2,500 tips since the abduction and received one last year to @MissingKids that eventually broke the case.

It showed the original composite images released at the time of the kidnapping, along with a photograph of Gloria Williams, 51, who was arrested on Friday morning at her home in Walterboro, South Carolina, 200 miles (300km) from Jacksonville.

Ms Aiken said the family had a conversation with her granddaughter, in which they introduced themselves and Ms Mobley said she would go to see them.

“All I know are tears of joy and happiness and a good feeling, knowing that she’s all right and looking good,” Ms Aiken said.

The grandmother added that she always felt that her granddaughter was alive and that whoever she was with was taking care of her.

“We just kept praying, hoping and believing,” she said.

The baby was only eight hours old when she was taken by a woman posing as a health care worker at the University Medical Center, now known as UF Health Jacksonville.

The woman told Kamiyah’s mother, Shanara, that her baby had a fever and needed to be checked. She took the baby out of the room and disappeared.

The case brought significant media attention as Shanara tried to locate her child.