Home / US / Kanye West not invited to perform at Trump inauguration

Kanye West not invited to perform at Trump inauguration 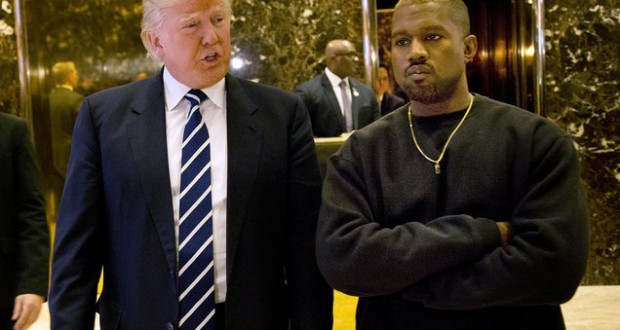 A spokesperson for president-elect Donald Trump’s inauguration committee told CNN that Friend of Donald Kanye West was not invited to perform at the real estate mogul’s inaugural because ‘Ye’s music wasn’t right for the “typically and traditionally American event,” Billboard reports.

Tom Barrack, chairman of the Presidential Inauguration Committee, told CNN’s Erin Burnett that the inauguration wasn’t a “fitting” venue for West, who famously met with Trump in December and posed for a stiff photo at Trump Tower afterwards and whose music is about to be the subject of a course at Washington University in St. Louis called “Politics of Kanye West: Black Genius and Sonic Aesthetics.”

“He’s been great, he considers himself a friend of the president-elect, but it’s not the venue.” Kanye, who was born in Chicago and performs a style of music, hip-hop, that was invented in the United States on the streets of Trump’s New York in the late 1970s, performed at MTV’s Inaugural Youth Ball in honor of President Obama in 2009. “It’s going to be typically and traditionally American, and Kanye is a great guy, we just haven’t asked him to perform. And we move on with our agenda,” Barrack added.

Among the latest bookings for the “traditionally American event” is Irish river-dancer Michael Flatley, who will reportedly hoof it at Friday night’s Liberty Ball.