Home / US / Donald Trump to be given ‘daunting’ nuclear briefing

Donald Trump to be given ‘daunting’ nuclear briefing 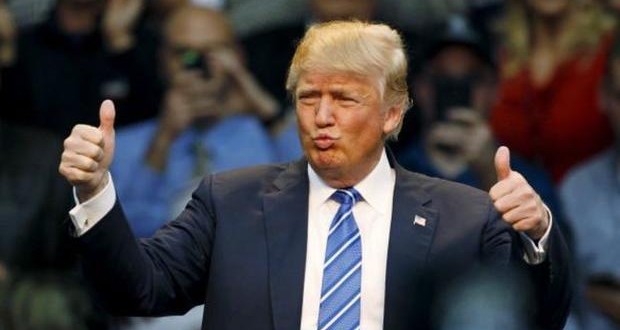 Sometime before he’s sworn in Friday, President-elect Trump will sit down with the top military officers who control America’s massive military arsenal and get “The Briefing,” the one that provides him with an understanding — and the tools — of how he would wage nuclear war, NBC News reports.

According to those who have witnessed it previously, the briefing is both daunting and sobering. When Donald J. Trump raises his right hand and asks, “So help me God” during the inauguration, he really does become the most powerful man in the world — with control of America’s nuclear “triad” and more than 4,000 nuclear warheads.

Little is known about the briefing, which traditionally takes place early on Inauguration Day and is conducted by the Strategic Command, the Omaha-based joint military command responsible for the strategic nuclear arsenal, and the White House Military Office. None of the parties involved will discuss its particulars or its timing.

But some details are known, as detailed in William Arkin’s 1999 book “American Coup.” The “football” — an oddly shaped 45-pound briefcase — is at the center of the President’s command and control of the arsenal, in nuclear submarines patrolling the Arctic; in missile silos on the Great Plains and in bombers on runways and aloft in the skies.

The military aide carrying the “football” remains physically close to the president, ready to carry out a well-rehearsed choreography of command and control. Inside are what Arkin, now a senior investigator with NBC News, called the “modern accoutrements” of communication.

There are computers, modems, radios, cell and satellite phones, even an instruction booklet, but no “button” per se. American nuclear weapons are launched by the highly secure communication of specified nuclear codes, nicknamed the “biscuit,” which are changed daily. They authenticate the President’s identity.

The options for nuclear war, called courses of action, vis a vis Russia, China, North Korea, etc., are contained in both the “Presidential Decision Handbook” which is handed off, as well as in other more detailed briefings that President Trump will receive after inauguration.

The purpose of the nuclear briefing just prior to inauguration, said Hans Kristensen, director of the Nuclear Project at the Federation of American Scientists, is primarily to tell the incoming president: “This is your role.”

The president is not alone in assuming nuclear responsibilities. Vice President-elect Mike Pence and Defense Secretary-designate James Mattis will get their own “footballs.”

George Stephanopoulos, a former aide to President Clinton, wrote of the sobering effect of the briefing.

“The man who would soon command the most powerful military force in the world emerged … silent and more somber than I’d ever seen him,” Stephanopoulos wrote in his 1999 memoir “All Too Human.” Clinton received his briefing at 7 a.m. on Jan. 20, 1993, according to Stephanopoulos.

Trump discussed nuclear weapons on multiple occasions during the presidential campaign, but the cavalier nature of his comments has worried some experts. His statements about nuclear weapons and nuclear proliferation have often been confusing, even contradictory.

In his first presidential debate with Hillary Clinton, Trump told moderator Lester Holt that nuclear weapons are of paramount importance to the U.S. — but then called for more nations to join the nuclear club. He ruled out a “first strike,” but then revealed not just a willingness to use nukes but also a misunderstanding of the high-stakes balancing act the nuclear superpowers have pursued for decades.

“I think that once the nuclear alternative happens, it’s over,” Trump said, referring to the use of nuclear weapons. “At the same time, we have to be prepared. I can’t take anything off the table.”

Many noted that Trump didn’t seem to understand that nuclear weapons aren’t fielded so they can be used in combat but because they serve a deterrent role, making U.S. adversaries understand if the U.S. would come under nuclear attack, there would be a response in kind.

“Then why are we making them? Why do we make them?” he said during a Town Hall on MSNBC during the GOP primaries in March. At the same Town Hall, however, he said, “I’d be the last one to use them.”

“Mr. Trump has said two different things about nukes,” said Kristensen. “In December [he] tweet[ed] that the arsenal needed to be increased, and this month [he said] the opposite. Hopefully his briefings this week will convince him that it is not necessary for the United States to ‘greatly strengthen and expand its nuclear capability,’ as he claimed in December.”