Shares
Donald Trump became the 45th President of the United States Friday during a time-honored inauguration ceremony that encapsulated the peaceful transfer of power that is a hallmark of American democracy. 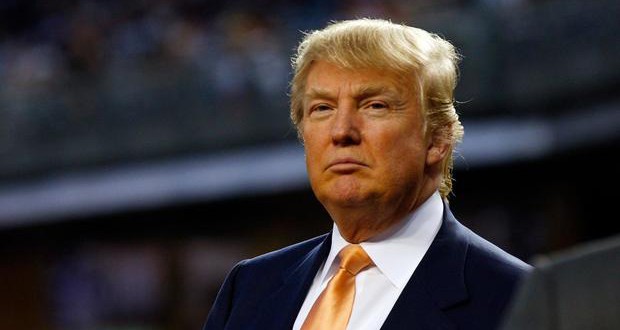 On a raised platform on the flag-draped West Front of the Capitol, Trump placed his left hand on one Bible that dates from his childhood and another that belonged to Abraham Lincoln and raised his right hand in the air as he promised to preserve, protect and defend the Constitution, CNN reports.

Under gray skies and in front of a crowd stretching most of the way from the Capitol toward the Washington Monument, Trump took the oath from Chief Justice John Roberts with the new First Lady Melania Trump by his side.

Former Presidents George W. Bush and Bill Clinton are attending the ceremonies. Hillary Clinton, who Trump defeated in the November election, was also at the Capitol in a show of support for national unity and the peaceful transfer of presidential authority.

The swearing-in was one of many traditions that began unfolding early Friday morning. Trump and his family attended a private worship service at St. John’s Church, known as the church of presidents. The Obamas greeted Trump and the new first lady, Melania Trump, at the North Portico of the White House before hosting them for tea.

Earlier in the morning, Barack Obama wrote a letter to Trump and left it on the Resolute Desk in the Oval Office, as outgoing presidents typically do for their successors. As Obama left the Oval Office for the final time, he was asked if he had any words for the American people. “Thank you,” Obama said.

The customs and symbolism that are playing out — from Trump’s ride to the Capitol with Obama to the First Couple’s dance at an inaugural ball — are familiar. But the circumstances of this inauguration — the 58th in the nation’s history — could hardly be more unconventional.

When the presidential primary season began nearly a year ago, few thought Trump could survive the battle for the Republican nomination — much less beat Clinton to win the presidency. He will be the oldest president sworn in for a first term and the first president with no previous diplomatic, political or military executive experience.

But his populist campaign deeply resonated with Americans who were fed up with Washington’s political class and felt left behind in the globalizing economy.

Trump began a day of ceremony Friday morning by attending the traditional inauguration day worship service. When they arrived at the White House, Melania Trump brought a gift for the Obamas in a blue box wrapped in a bow, which the President handed into an aide before returning for a photo.

Trump took the oath of office, led by Chief Justice John Roberts, on two Bibles, one that he used as a child and the other used by Abraham Lincoln at his first inauguration.

In what is always a poignant moment, the former president and his family will soon head to Andrews Air Force base for a farewell ceremony before taking one last flight on the presidential jet. The Obamas are heading to Palm Springs, California, for a vacation.

Trump will attend a joint congressional inaugural luncheon in the Capitol before heading back to the White House for the inaugural parade. In the evening, Trump and the new first lady will attend two inaugural balls, part of the stripped down inaugural festivities that aides say are meant to stress that the new president is eager to get to work.

Trump’s supporters, who sent him to Washington to rip up political norms and thwart the establishment, are thrilled as he assumes power. The crowds started streaming towards the National Mall as dawn broke, with many people wearing Trump’s distinctive red “Make America Great Again” baseball caps.