Home / US / Kerry and his dog stroll through women’s march

Kerry and his dog stroll through women’s march

Shares
Former Secretary of State John Kerry made a stop at the Women’s March on Washington on Saturday with his dog Ben. 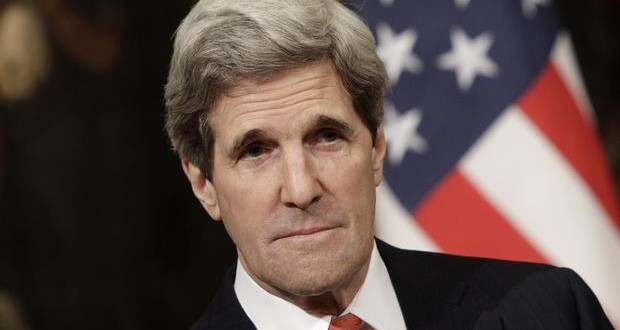 Former Secretary of State John Kerry strolled through the crowds with his dog Ben, greeting demonstrators along the way, The Hill reports.

JOHN KERRY joins the #WomensMarch (with his dog). pic.twitter.com/RvIqLG1yrZ

Ben, named after the country’s first diplomat Benjamin Franklin, has made several cameo appearances with Kerry. On Thursday, Kerry brought the dog to his final press briefing as secretary of State.

Kerry also took Ben to the State Department in 2014 during “Take Your Child to Work” day, reasoning that, because his real children are grown, Ben should come in their place.

Hundreds of thousands of demonstrators took to the National Mall on Saturday in support of a variety of women’s issues. The massive demonstration comes a day after President Trump took office.