Shares
Kellyanne Conway, counselor to US President Donald Trump, said Sunday that the president would not be releasing his tax returns, reversing months of repeated campaign-trail promises to do so after an audit is completed. 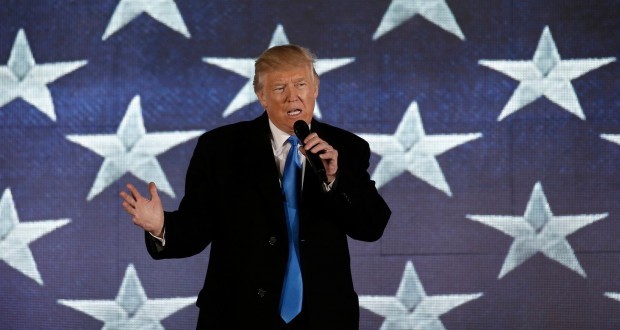 Conway’s comments came in response to a Whitehouse.gov petition with more than 200,000 signatures calling on Trump to release his tax returns. Any petition on the site that receives 100,000 signatures in 30 days receives a response from the White House; this petition reached twice that in two days, NBC News reports.

“The White House response is that he’s not going to release his tax returns,” Conway said in an interview on ABC’s “This Week.”

Trump broke with decades of precedent during the campaign by becoming the first major party nominee since the 1970s to refuse to release his tax returns. He repeatedly cited an ongoing IRS audit in refusing to do so but said he would eventually release them when the audit was completed.

But Trump and his allies have argued that his tax returns are irrelevant, a statement Conway made again on Sunday.

“We litigated this all through the election. People didn’t care,” she said.

“They voted for him, and let me make this very clear: Most Americans are very focused on what their tax returns will look like while President Trump is in office, not what his look like. And you know full well that President Trump and his family are complying with all the ethical rules, everything they need to do to step away from his businesses and be a full-time president.”

And a ProPublica investigation out Friday revealed that despite Trump’s pledge to transfer control of his businesses to his children as part of an ethics agreement as president, he hasn’t filed any of the necessary documents to do so in Florida, Delaware and New York.

Experts agree that Trump’s ethics plan falls short of eliminating conflicts of interest for multiple reasons, including the fact that his business will be operated by his sons and his assets will not be placed in a blind trust under independent control.