Home / US / Could Caroline Kennedy be the baggage-free Hillary Clinton? – New York Post

Shares
After three years as US ambassador to Japan, Caroline Kennedy is coming home to New York and has big plans: a political run and penning a memoir, Kennedy insiders tell The Post. 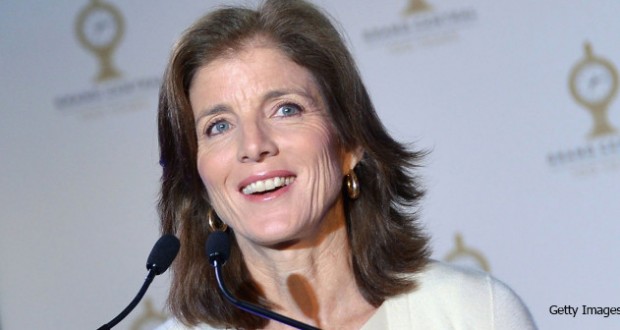 “Caroline had a successful ambassadorial run in Japan and feels really very confident about putting her hat in the ring for a New York congressional or Senate seat, with even possibly bigger political objectives down the road,” a source familiar with Kennedy’s plans told New York Post.

And another close source revealed, “Caroline is seen in some quarters as the next Hillary Clinton. She has the Kennedy name but no Clinton baggage.”

The sources maintain that Kennedy’s “dream” is to become a US senator from New York, following in the footsteps of her late uncle, Sen. Robert F. Kennedy.

While the sources declined to reveal Kennedy’s precise political plans — when and which race she might enter — 2018 is the earliest she could do it. She could target the seat of New York’s junior Democratic senator, Kirsten Gillibrand, or Rep. Carolyn Maloney, the liberal Democrat representing Kennedy’s 12th District.

Kennedy, 59, is a liberal Democrat like the rest of the Kennedy clan. She has a law degree from Columbia Law School. In 2013, President Barack Obama appointed her as the first female US ambassador to Japan.

She stepped down Wednesday from her post in Tokyo, where she was said to have fostered better US relations with Japan and was often treated as a celebrity.

It’s not the first time the daughter of President John F. Kennedy has been viewed as the next Kennedy powerhouse.

In 2008, she made headlines as a prominent contender for Hillary Clinton’s vacant New York Senate seat after Clinton was nominated by Obama to be secretary of state. But Kennedy suddenly, and mysteriously, dropped her bid, citing “personal reasons.”

Now with politics again in sight, the Kennedy insider asserted, “The presidency is on her mind now, believe me.”

She has the money to run, with a net worth estimated to be between $80 million and $500 million, according to Bloomberg and CNN. The Post has reported that she receives $12 million to $30 million a year from Kennedy trust funds.

Scandalous rumors had have circulated over the years about trouble in her marriage to Edwin Schlossberg, a museum exhibit designer, with whom she has three grown children. But while she was in Japan, Schlossberg reportedly made trips to spend time with her, and their marriage appeared intact.

A new book could also be in her future. “She’s kept a diary for years. She has quite a story to tell,” noted the Kennedy insider.

Best-selling author Jerry Oppenheimer has written two books about the Kennedys. His new book, “The Kardashians: The True, Untold Story,” will be published this year.