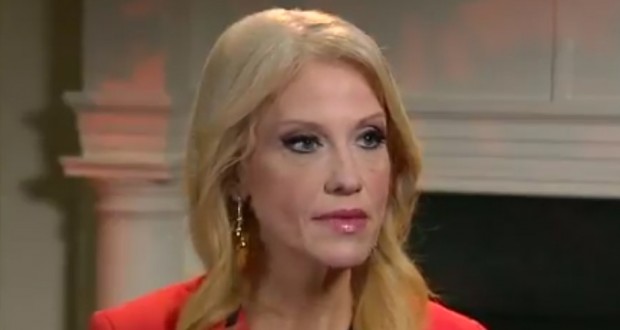 Top President Trump adviser Kellyanne Conway has received mail with a suspicious white powder in them and has been assigned Secret Service protection, she told Fox News host Sean Hannity on Monday night, The Hill reports.

“Because of what the press is doing now to me, I have Secret Service protection,” Conway said, citing the way the media has covered her boss as the reason for the threats. “We have packages delivered to my house with white substances. That is a shame.”

Conway said the need for a security detail stems from the media coverage of Trump and his administration, though she did not say whether anyone else in the Trump administration has received similar pieces of mail.

Senior advisers to President Obama David Axelrod and Valerie Jarrett had Secret Service details when they served in the White House.

Conway also slammed the press for inaccurate reporting, using as an example a false White House press pool report about Trump removing a bust of Martin Luther King Jr. from the Oval Office.

That report was retracted and the journalist responsible issued an apology to his colleagues, which White House press secretary Sean Spicer said he accepted via Twitter, though he also pointed to the incident on Monday.

Conway demanded that the reporter apologize to Trump.

“The darn bust was right there,” she said. “I was next to it. It was being hidden by a guard. But why didn’t you ask us? Why didn’t you say, ‘Where’s the bust?'”