Home / US / Trump on waterboarding: ‘We have to fight fire with fire’

Trump on waterboarding: ‘We have to fight fire with fire’

Shares
US President Donald Trump said he wants to "fight fire with fire" when it comes to stopping terrorism, suggesting that he could be open to bringing back torture because he "absolutely" believes it works. 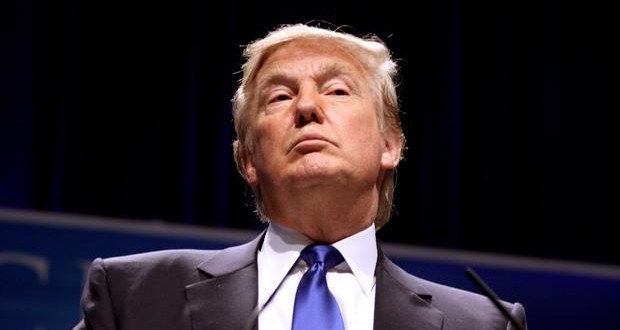 US President Donald Trump said “people at the highest level of intelligence” have told him that torture does work, something military experts have refuted. He went on to say, however, that he will listen to what his Cabinet secretaries have to say about the issue, Joinfo.com reports with reference to CNN.

“When ISIS is doing things that no one has ever heard of, since medieval times, would I feel strongly about waterboarding?” Trump said in an interview with ABC News. “As far as I’m concerned, we have to fight fire with fire.”

But he also said that he would defer to the recommendations of Defense Secretary James Mattis, who opposes enhanced interrogation, and CIA Director Mike Pompeo, who told senators earlier this month that he wouldn’t sanction the use of torture. Pompeo later said he would consider bringing back waterboarding and other enhanced interrogation measures under certain circumstances.

“I will rely on Pompeo and Mattis and my group. And if they don’t want to do (it), that’s fine.” Trump said. “And if the do want to do (torture), I will work toward that end.”

Trump’s argument was that ISIS is beheading people and posting the videos online, but that the United States is “not allowed to do anything.”

“We’re not playing on an even field,” Trump said. “I want to do everything within the bounds of what you’re allowed to do legally. But do I feel it works? Absolutely, I feel it works.”

Democrats and Republicans alike have shot down the idea of bringing back torture methods that were used by the Bush administration after the terrorist attacks on September 11, 2001.

Pompeo said earlier this month that he would “absolutely not” restart the CIA’s use of enhanced interrogation tactics that fall outside of Army Field Manuals.

“Moreover, I can’t imagine I would be asked that by the President-elect,” Pompeo said during his confirmation hearing.

But in a series of written responses to questions from members of the Senate intelligence committee, Pompeo later said that while current permitted interrogation techniques are limited to those contained in the Army Field Manual, he was open to making changes to that policy.

The Senate voted overwhelming to ban torture across the US government in 2015, codifying a ban President Barack Obama issued by executive order shortly after he was sworn in in 2009. Obama then signed the updated defense authorization bill into law.

Sen. John McCain, who was tortured as a prisoner of war in Vietnam, said the law is clear on the practice despite what Trump were to order.

“The President can sign whatever executive orders he likes. But the law is the law. We are not bringing back torture in the United States of America,” the Arizona senator said in a statement.

Sen. John Thune, a South Dakota Republican, echoed that sentiment, saying the use of torture is “settled law” and that “Congress has spoken.”

The Senate intelligence committee produced a nearly 7,000-page classified report on torture, detention and interrogation after the George W. Bush administration brought back the practice. The authors of the report found the practice was ineffective and did not produce actionable intelligence.

“Reconstituting this appalling program would compromise our values, our morals and our standing as a world leader — this cannot happen,” Sen. Dianne Feinstein, a California Democrat, said in a statement on Wednesday. “We can’t base national security policies on what works on television — policies must be grounded in reality.”