People Are Worried About Melania Trump After Seeing These “Sad” Pictures 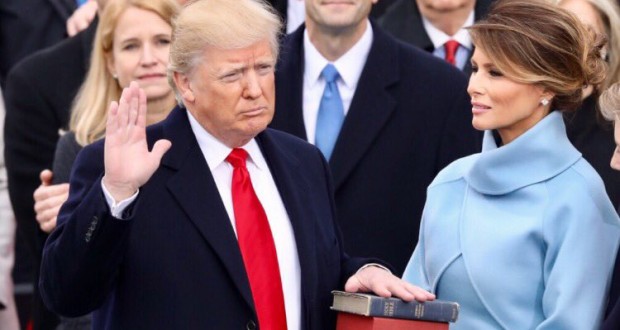 On Friday, Melania Trump officially became the first lady of the United States. Plenty of photos of the day caught the president’s wife looking happy and excited.

However, one Twitter user found some photos of Melania looking not exactly happy, or ignored by her husband. The user tweeted them out, and they since have gone super viral, BuzzFeed reports.

this makes me really sad, i genuinely feel bad for her. he doesn’t appreciate her and she doesn’t seem happy at all pic.twitter.com/PPpxHMFUXR

“This makes me really sad, I genuinely feel bad for her. he doesn’t appreciate her and she doesn’t seem happy at all,” the user wrote.

Apparently Melania slept through lesson two of Dating 101: Stay away from a guy who walks 15 steps ahead of you.#sad pic.twitter.com/15O21Q7J0X

A lot of people said they “felt bad” for her.

@hydroponicjuan Here’s one. Feel bad for her. She did not sign up for this. pic.twitter.com/egpkkqeiE8

And then “Sad Melania” officially became a meme.

Melania Trump look like she belong on the cover of Take Care pic.twitter.com/nfsU7aHhS6

@hydroponicjuan when you’re under appreciated but he make you flotus pic.twitter.com/5PYc7tcdch

Of course, some incorporated her Tiffany’s box.

Everyone was wondering what was in the Tiffany box that Melania handed Michelle Obama… We were hoping it was this pic.twitter.com/dcoG4Ub2US

However, a lot of people said the hand-wringing over “Sad Melania” was insane, and the memes were using bad pics.

@hydroponicjuan u see how easy it is to portray something off a few pictures when u know nothing about it but a few pictures .. pic.twitter.com/p72I7rnDTl

“Looks pretty happy to me,” said one person.

And still others said that even if the first lady is sad, they still don’t feel sympathy for her.

Melania is a rich, privileged 46 year old woman who willingly married Trump, had his child, and furthered the birther claims against Obama. https://t.co/KKtaS7jPYu

As for the first lady herself, over the weekend she sent out her first tweet as FLOTUS. So don’t worry everyone, it looks like she is OK.

I am deeply honored to serve this wonderful country as First Lady! pic.twitter.com/tRTRVkDG6z