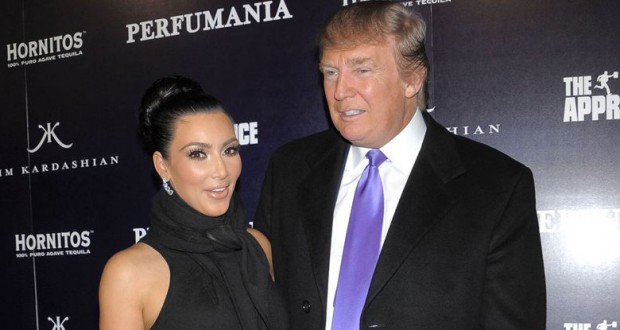 Kim Kardashian West has waded into the row over Donald Trump’s Muslim ban, to the surprise of virtually everyone, Mirror reports.

The reality TV star tweeted to her 49.8 million followers, with statistics on the likelihood of Americans being killed by an immigrant jihadist.

The President has ordered a ban on people born in seven Muslim majority countries, including Syria, Iraq, Iran, Libya, Somalia, Sudan and Yemen travelling to the US – even if they have legal green cards.

According to the statistics, an average of two Americans are killed a year over the last ten years by Islamic Jihadi immigrants. Vastly more Americans are killed each year by lightning strikes, lawnmowers – and simply falling out of bed.

Ten times as many Americans die at the hands of toddlers with guns.

And five Americans are killed by home-grown far-right terrorists. The star’s tweet was a surprise to many followers – particularly after her husband, Kanye West, visited Donald Trump at Trump Tower in the days following his election.

Kanye posed for photos in the New York building’s gilded lobby, but was tight-lipped on whether he supported Trump.