Shares
Kanye West has deleted his pro-Trump tweets, with reports suggesting that the rapper has “turned against” the President following his so-called ‘Muslim ban’. 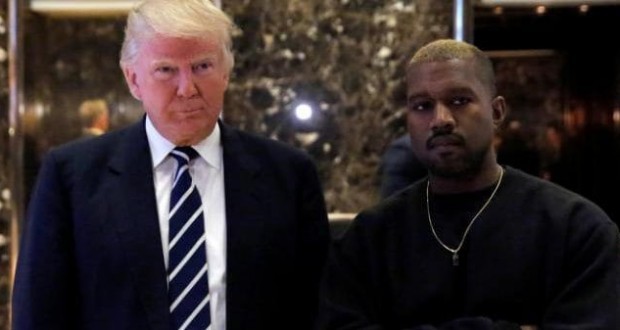 Kanye West has deleted his pro-Trump tweets, with reports suggesting that the rapper has “turned against” the President following his so-called ‘Muslim ban’, Joinfo.com reports with reference to NME.

West embraced Trump during a meeting at Trump Tower back in December, with the then President-elect claiming that the pair had been friends for a “long time”. Kanye later explained that he had met with Trump to “discuss multicultural issues”, arguing on Twitter that “it is important to have a direct line of communication with our future President if we truly want change”.

These latter tweets have since been deleted and TMZ reports that “Kanye’s decision to remove the tweets were all his”, adding: “The “Muslim ban” and other actions have turned him against the Prez.”

West has not spoken publicly against Trump but two weeks ago wife Kim Kardashian posted an Instagram image in solidarity with the Women’s March on Washington DC. She also posted pictures of herself, West and family with Trump’s predecessor, Obama.

So proud of the women & men who stood up for what is right & are determined to make this world a better place for our children. Here’s to strong women. May we know them. May we be them. May we raise them.

Oh Northie!!! North fell and was crying so Potus gave her White House M&M’s. She smiled when I opened the box but I wanted to save them for memories so wouldn’t let her eat them so she cried again   Фото опубликовано Kim Kardashian West (@kimkardashian) Янв 20 2017 в 4:36 PST

Following West’s meeting with Trump, it was revealed that the President didn’t invite Kanye to perform at his inauguration because the rapper’s music wasn’t “traditionally American” enough. Instead, the likes of 3 Doors Down, Sam Moore, Jon Voight and Chrisette Michele performed at the event.