Democratic US Senator Elizabeth Warren Silenced Over Criticism of Sessions

Shares
Democratic US Senator Elizabeth Warren was silenced by Senate Republicans on Tuesday after reading a letter written by the widow of Martin Luther King Jr. 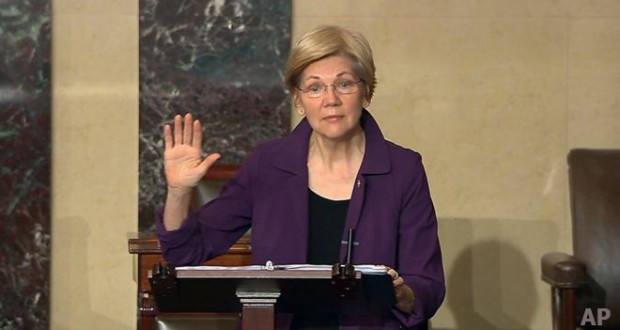 Mitch McConnell, the Republican majority leader, said Ms Warren had broken senate rules by impugning the conduct of another senator.

The incident occurred during a debate in the senate on the nomination of Mr Sessions. Mr McConnell’s objection to Ms Warren’s speech was put to a vote and senators voted 49-43 in his favour.

Ms Warren described what happened in a comment alongside her Facebook video: “During the debate on whether to make Jeff Sessions the next Attorney General, I tried to read a letter from Coretta Scott King on the floor of the Senate.

“The letter, from 30 years ago, urged the Senate to reject the nomination of Jeff Sessions to a federal judgeship. The Republicans took away my right to read this letter on the floor – so I’m right outside, reading it now.”

Ms Scott King’s letter alleged that Mr Sessions was unsuitable for that role because he had “used the awesome powers of his office in a shabby attempt to intimidate and frighten elderly black voters”. Mr Sessions’ nomination process has been dogged by allegations that he attempted to suppress black votes when he was an attorney in Alabama.

The objection by Mr McConnell raised the ire of Democrats and members of the public, many of whom shared the letter on social media using the hashtag #LetLizSpeak.

Bernice King, the daughter of Coretta Scott King and Martin Luther King, wrote on Twitter: “Thank you @SenWarren for being the soul of the Senate during the #Sessions hearing. #LetCorettaSpeak #LetLizSpeak”

The Democratic National Committee said in a statement it was a “sad day in America when the words of Martin Luther King Jr’s widow are not allowed on the floor of the United States Senate”.

Ms Warren is now barred from speaking on the floor for the remainder of the debate, Mr McConnell’s office said. The debate is expected to conclude on Wednesday.