Home / US / Yale Will Drop John Calhoun’s Name From College

Shares
After a swelling tide of protests, the president of Yale announced on Saturday that the university would change the name of a residential college commemorating John C. Calhoun, the 19th-century white supremacist statesman from South Carolina. 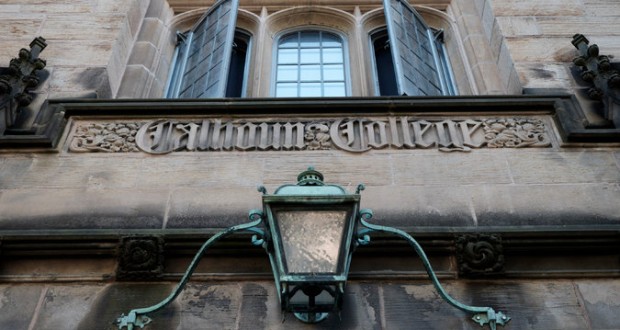 The college will be renamed for Grace Murray Hopper, a trailblazing computer scientist and Navy rear admiral who received both a master’s degree and a doctorate from Yale, Joinfo.com reports with reference to New York Times.

The ruling was a stark reversal of the university’s decision last spring to maintain the name despite broad opposition. Though the president, Peter Salovey, said that he was still “concerned about erasing history,” he said that “these are exceptional circumstances.”

“I made this decision because I think it is the right thing to do on principle,” Mr. Salovey said on a conference call with reporters. “John C. Calhoun’s principles, his legacy as an ardent supporter of slavery as a positive good, are at odds with this university.”

Mr. Salovey and the other members of the Yale Corporation, the university’s governing body, came to their conclusion after an advisory committee unanimously recommended the renaming. The school is still determining when exactly the change will be implemented, but Mr. Salovey said it would be by fall at the latest.

Students reacted with joy to a change many said was long overdue. “There’s a huge sense of relief and celebration,” said Rianna Johnson-Levy, 21, a senior from Ann Arbor, Mich., who was involved in the protests. “Students of color have been fighting for this change for decades and it’s hard to believe this day is finally here.”

Calhoun, the nation’s seventh vice president, attended Yale and was its valedictorian. 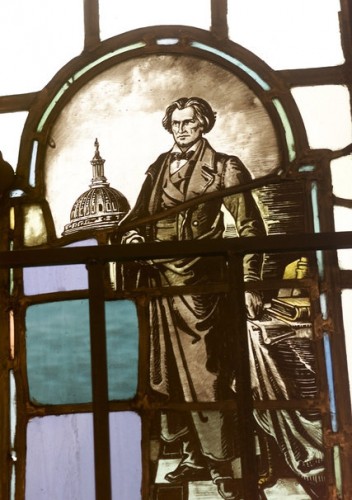 The name of the college incited controversy almost as soon as it opened in 1933. Many black students staged demonstrations and referred to the college, which was decorated with depictions of slaves carrying bales of cotton, as the “Calhoun Plantation.” Opposition may have peaked in 2015, after the massacre of nine worshipers at a black church in Charleston. The killings, by an avowed white supremacist, prompted protests that led to the removal of the Confederate battle flag outside the South Carolina Statehouse and elsewhere.

Yale was seized that fall by a series of demonstrations from students, faculty, and alumni who objected to the Calhoun name, as well as what they saw as a larger climate of racial inequality on campus. Many universities, domestic and abroad, have faced similar pressure in recent years to eradicate names and symbols of racism and colonialism on campus.

That resistance notwithstanding, Mr. Salovey announced last April that Yale would preserve the Calhoun name. At the same time, he revealed that the university’s two new residential colleges would be named for Benjamin Franklin and Anna Pauline Murray.

The honoring of Ms. Murray, a legal scholar and civil rights activist who graduated from Yale Law School in 1965, was widely hailed as the first such distinction bestowed on either a woman or an African-American. But the selection of Franklin, who was once a slaveholder himself, was derided by many students, particularly after it became clear that he was chosen in deference to a suggestion by Charles B. Johnson, a businessman who donated $250 million for the new buildings — the largest gift in the school’s history.

The Calhoun and Franklin decisions reignited protests from student activists, who held a “renaming ceremony” in front of the college in which they called it “the college formerly known as Calhoun.” At a town-hall-style meeting soon after, students showered Mr. Salovey with fake $1 million bills, a protest against what they saw as the university prioritizing its financial interests over their concerns.

The dissent did not only come from students. Over the summer, a black dishwasher in Calhoun smashed a stained glass windowpane that depicted slaves working on a plantation, because he said he found the image degrading. And on Friday, four demonstrators protesting the Calhoun name were arrested for blocking the street.