Home / US / The U.S. Education Department misspells name of NAACP co-founder in tweet — and the apology had a mistake

The U.S. Education Department misspells name of NAACP co-founder in tweet — and the apology had a mistake

Shares
It’s not just the White House that seems to have a problem with spelling. Someone at the U.S. Education Department, now led by Secretary Betsy DeVos, does, too. 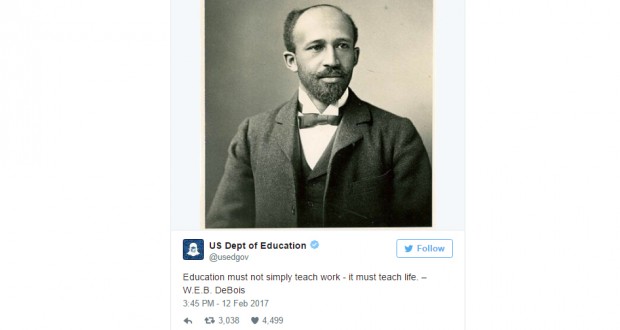 At 8:45 on Sunday morning, the department’s official Twitter account misspelled the name of W.E.B. Du Bois, a black sociologist, historian, civil rights activist and co-founder of the NAACP, the oldest civil rights organization in the United States, Joinfo.com reports with reference to The Washington Post.

Du Bois was misspelled as DeBois — an error that might be understandable from a young student, but the U.S. Education Department? 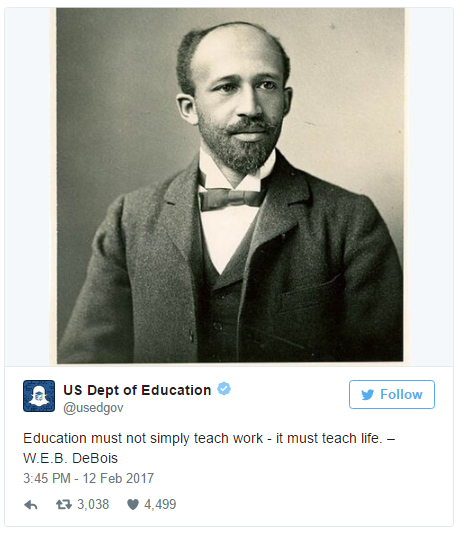 Hours after the tweet was posted — and after the error was lampooned by a number of people on Twitter, it was corrected, with an apology:

“Post updated – our deepest apologizes for the earlier typo. — US Dept of Education (@usedgov) February 12, 2017″

The department fixed that tweet quickly, changing “apologizes” for “apologies.”

It wasn’t the first embarrassing spelling error of the young Trump administration. A recent White House list of 78 terrorist attacks that it said the media had deliberately “underreported” was riddled with errors, explained by Washington Post columnist Dana Milbank like this: “The list didn’t expose anything new about terrorist attacks, but it did reveal a previously underreported assault by the Trump administration on the conventions of written English.” 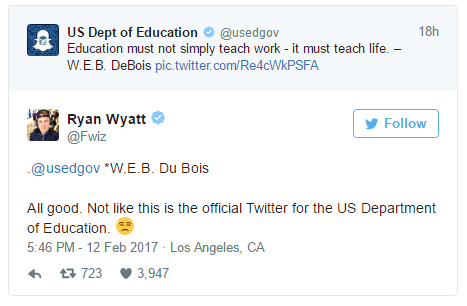 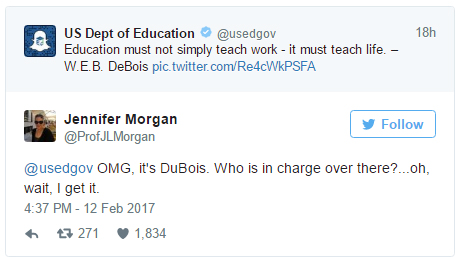 Earlier this month, Trump talked about black abolitionist Frederick Douglass as if he were still alive — at least if Trump’s tenses were to be taken literally:

“Frederick Douglass is an example of somebody who’s done an amazing job and is getting recognized more and more, I notice.”