Shares
US National Security Adviser Michael Flynn has resigned, after reports he misled senior Trump White House officials about his conversations with Russia. 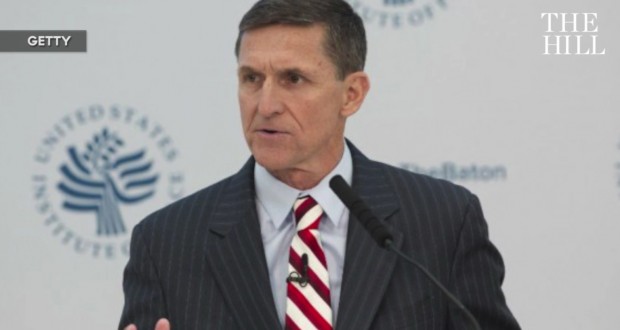 The embattled Flynn blamed his resignation late Monday on the “fast pace of events” that led him to “inadvertently” give Vice President Mike Pence and others “incomplete information” about his phone conversations with Russia’s ambassador to the U.S., Sergey Kislyak.

“I have sincerely apologized to the president and the vice president, and they have accepted my apology,” Flynn wrote in his resignation letter.

Pence had defended Flynn’s contacts with Russia, and when it became clear the national security adviser had not been forthcoming, serious questions were raised about his ability to keep his job.

Flynn’s sudden exit comes just 24 days into Trump’s presidency and represents a dramatic overhaul of his team of senior aides that has been consumed by controversy.

Flynn, the former head of the Defense Intelligence Agency (DIA) was a trusted adviser to Trump throughout the 2016 campaign, but was seen as a controversial figure by many inside and outside the White House.

He noted his friendship with the president in his resignation letter, thanking him for “his personal loyalty” and adding, “this team will go down in history as one of the greatest presidencies in U.S. history.”

Flynn’s future at the White House had been the topic of intense speculation since last Friday, after reports first emerged that he backtracked on his denial that he talked about sanctions against Russia for its election-related hacking with its top envoy in the U.S.

Those reports, along with his longstanding ties to Russia, sparked concerns among U.S. officials and members of Congress in both parties.

The Justice Department reportedly warned Trump White House counsel Don McGahn shortly after Trump’s inauguration that Flynn may have been vulnerable to blackmail by the Russians due to discrepancies between what he told Kislyak and Pence.

Pence and others publicly said Flynn never discussed sanctions against Russia during his pre-inauguration conversations with Kislyak. Flynn later admitted the topic may have came up during his talks with the ambassador.

Relying on Flynn’s account, Pence told CBS News in mid-January that Flynn “did not discuss anything having to do with the United States’ decision to expel diplomats or impose censure against Russia.”

The vice president was reportedly angered after a Washington Post report was published last week claimed Flynn did discuss the sanctions, and he later apologized to Pence.

But that apparently was not enough for Flynn to save his job.

While it was clear Flynn was skating on thin ice, his status was a mystery throughout most of the day Monday.

Trump stayed silent on Flynn’s status; he was not asked about it during a news conference with Canadian Prime Minister Justin Trudeau, while his senior aides sent mixed signals to the press about Flynn’s future.

Flynn joined other senior aides to Trump during the press conference, sitting in the front row of the East Room and prompting speculation he might be spared.

Senior counselor Kellyanne Conway said he enjoyed the “full confidence” of Trump on Monday afternoon. But soon after, press secretary Sean Spicer told reporters the president was “evaluating” the Flynn situation with the vice president.

Flynn’s departure is sure to spark even more questions about how much Trump knew about Flynn’s conversations with Russia.

Spicer was unequivocal, however, when asked whether Trump has been aware that Flynn was speaking about sanctions with the Russian ambassador.

“No, absolutely not,” the spokesman said.

Flynn reportedly spoke with Kislyak multiple times during the transition, including on Dec. 29, the day then-President Obama retaliated against Moscow for its hacking of Democratic political group that intelligence agencies allege was done to aid Trump’s campaign.

Russia declined to respond with reciprocal sanctions, prompting questions about whether Flynn had provided assurances to the Russian diplomat the punishments would be rescinded once Trump took office.

While there is no evidence an explicit assurance was given, Flynn’s talks represented a break with longstanding protocol. Some legal experts believe they could have violated the Logan Act, which bars private citizens from interfering with official U.S. diplomacy.

No one has ever been prosecuted under the law.

Still, reports about the conversation sparked a flurry of condemnation Monday from Republican and Democratic lawmakers.

Rep. Mike Coffman (R-Colo.) said Flynn “should step down immediately” if he “purposely misled the president.”

Flynn’s exit comes amid a tumultuous first four weeks for Trump in the White House, during which questions have been raised about the future of several advisers on his senior team.

The president is said to have been frustrated by the rocky rollout of his executive action on immigration. And speculation has swirled about chief of staff Reince Priebus and Spicer, who have been the subject of scorn from Trump allies.

Trump gave a personal vote of confidence to Priebus earlier Monday, telling reporters his chief of staff is doing a “great job.”

Now, Trump must replace the aide tasked with coordinating the administration’s national security posture around the world.

Flynn has long been a controversial figure in national security circles.

He was forced out as head of the DIA in 2014 reportedly after clashing with then-Director of National Intelligence James Clapper.

He also raised eyebrows for his contacts in Moscow. In 2015, he traveled to a gala there as a guest of the Kremlin-backed Russia Today television network and sat next to the country’s leader, Vladimir Putin.