Shares
An appeals court ruled Tuesday that Los Angeles police detectives violated the rights of a man arrested inside Sandra Bullock's home when they obtained his consent to search his home and recovered illegal automatic firearms. 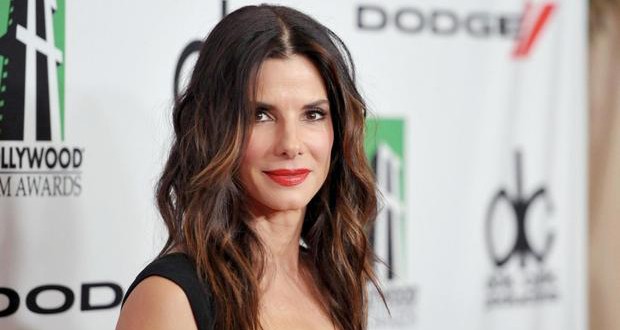 A three-justice panel of the 2nd District Court of Appeal unanimously ruled Tuesday that police detectives violated Joshua James Corbett’s rights to remain silent during a police interrogation, and his right against an unlawful search of his home, USA Today reported.

Corbett was arrested in June 2014 inside Bullock’s home, and he has been charged with felony stalking and burglary. Corbett remains in jail and is being held on $2.185 million bail.

The Oscar winner was forced to hide in a closet while she guided police to her home. Corbett was clutching a black notebook with a two-page letter to Bullock and magazine photos of the actress when he was arrested.

Corbett was unarmed, but police later found several automatic weapons and illegal tracer ammunition in his home. The illegal weapons were found while officers were trying to find eight legal firearms Corbett owned, but needed to surrender due to temporary restraining order issued against him.

A Los Angeles Superior Court judge threw out evidence supporting the weapons charges last year after determining Corbett didn’t give officers permission to search his home. The ruling came after Corbett’s lawyers argued police had denied Corbett’s right to make a phone call, ignored him after he said he didn’t want to be interviewed, and coerced him to sign a consent document to search his home by threatening to break down his parents’ front door.

“There is no dispute that Corbett’s Fifth Amendment rights were violated here. The police ignored his repeated and unambiguous invocations of his right to remain silent and continued to interrogate him,” the court wrote.

Prosecutors had argued during the appeal that detectives would have inevitably found the illegal weapons, but the court disagreed.

“We are in the process of reviewing the opinion and deciding on our options,” district attorney’s spokeswoman Shiara Davila-Morales said.

An email seeking comment from the Los Angeles Police Department was not immediately returned.

Corbett’s attorney Paul Takakjian said he was “extremely pleased and gratified” by the ruling.

Corbett testified during a hearing last year that he was going through opiate withdrawal when detectives came to interview him about his guns and felt that he was being threatened.

“He was threatening my family through me,” Corbett said of a detective’s statements that without permission to search his home, they would have to go to his parents’ home with a battering ram.

He also expressed remorse for going to Bullock’s home. “I’d already hurt somebody that I didn’t intend to,” he said. “I did not want to affect my family with my actions.”