Shares
Whoopi Goldberg is no stranger to criticizing Donald Trump's policies, but when it comes to the president's children, she draws a line. 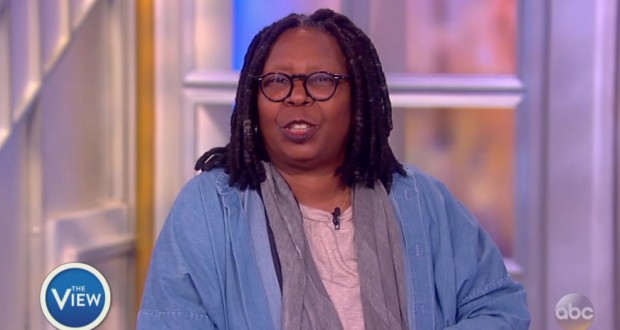 “The View” co-host discussed Wednesday reports about Tiffany Trump getting snubbed during New York Fashion Week earlier this week. While sitting front row at the Philipp Plein show, fashion writers tweeted that no one wanted to sit with Trump, according to ABC News.

Former Wall Street Journal style columnist Christina Binkley tweeted Monday, “Nobody wants to sit next to Tiffany Trump at Philipp Plein, so they moved and the seats by her are empty.” 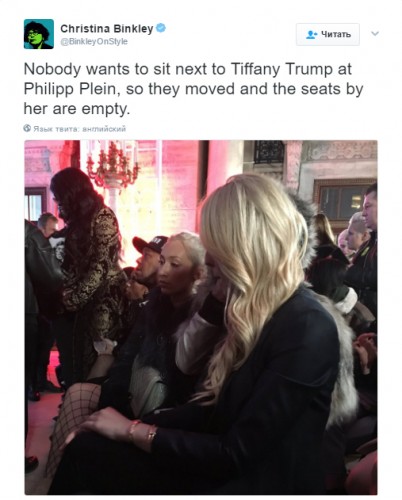 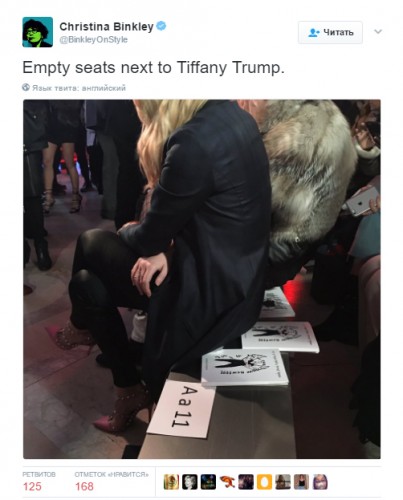 “You know what Tiffany? I’m supposed to go to a couple more shows. … I’m coming to sit with you,” Goldberg said Wednesday. “Because nobody is talking politics at the [shows], you’re looking at fashion! She doesn’t want to talk about her dad. She’s looking at the fashion!”

Trump, the only child from the president’s six-year marriage to actress Marla Maples, responded to the comedienne Wednesday night. She tweeted, “Thank you @WhoopiGoldberg I’d love to sit with you too!”

Thank you @WhoopiGoldberg I’d love to sit with you too!