Shares
Thomas L. Friedman analyzes the first month of the Trump administration in his article for the New York Times 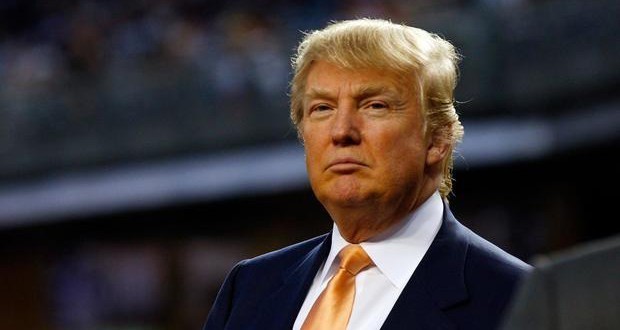 “It should be clear by now that there are five different Trump administrations swirling before our eyes — Trump Entertainment, Trump Cleanup, Trump Crazy, Trump G.O.P. and the Essential Trump — and no one can predict which will define this presidency, let alone make a success of it,” Friedman says in the article in the New York Times.

“Trump Entertainment shows up every day now in the form of an outrageous “alternative fact,” a pugnacious press conference, a tweet denouncing the news media as “the enemy of the American people” — or as a pep rally in Florida, unconnected to any particular legislative agenda and organized entirely for the purpose of giving the president an ego sugar high.

“The country, though, is getting addicted to Trump Entertainment. It is hard to avert your gaze from a president who will say anything about anything. It’s so unusual, like a flying elephant or a horse that can talk, that you can’t help but stare. But it’s such a waste of energy. I wonder if the Chinese are spending their days this way. I suspect they’ve added another high-speed rail line just since Trump’s election.

“Trump Cleanup comprises the adults on his team who follow in the wake of Trump Entertainment and “clarify” what the president meant. It’s Secretary of Defense Jim Mattis assuring the South Koreans that — despite what Trump said — we’ll honor our security commitments to them, or assuring the Iraqis that we’re actually not going to steal their oil. It’s the U.N. ambassador, Nikki Haley, clarifying that — despite what Trump said — we’re still committed to two states for Israelis and Palestinians.

“The undisputed boss of Trump Crazy is chief strategist Steve Bannon, who rushed the president’s initial mess of an executive order on immigration. Bannon is dedicated to shrinking the global clout of China, the European Union and Iran, and to making America a country less open to immigration and trade, a country that is whiter and more nationalistic and a country that is as free of Muslim influence and immigrants as possible. He surely encouraged Trump’s attacks on the intelligence community and the media as a way to undermine all independent sources of truth, so that Trump can inject his own reality, through Twitter, directly into the U.S. body politic.

“Trump G.O.P. is led by Reince Priebus and represents the old Republican agenda. It knows that Trump is an invasive species who took over the G.O.P. garden, and Trump G.O.P. is just trying to get the best out of him — to kill Obamacare, cut taxes, deregulate Wall Street, promote fossil fuels and appoint conservative judges — while curbing his worst ideas, like his vow to restrict free trade.

“So much of the daily reporting about Trump has had to focus on his serial fabrications that it’s distracted us from the Essential Trump, which can be summed up by the most truthful thing he’s said since he started his campaign: “I could stand in the middle of Fifth Avenue and shoot somebody and I wouldn’t lose voters.”

“That’s the Essential Trump — a man who values loyalty above all else and who thinks his followers are so stupidly loyal that they wouldn’t convict him for a murder they saw him commit; a man who thinks only he can get the little people more jobs by single-handedly putting the arm on big companies; and a man who has shown no interest in earning the trust of Americans who did not vote for him. He appointed no Democrats to his cabinet and, as his Florida rally underscored, he is only interested in being president of the Trump fan club.

“When I add up all these Trumps I do not get a good team feeling; I get the feeling of a pickup basketball team. It doesn’t start with a shared vision of what world we’re living in and what are the biggest forces shaping this world. It starts with the conclusions on which Trump bases his facts.

“But the fact is we’re living in a world being shaped by vast accelerations in technology, globalization, climate change and population growth, and government’s job is to enable more citizens to thrive in such a world and cushion its worst impacts. These are the facts on which I base my conclusions.

“In this age, leaders have to challenge citizens to understand that more is required of them if they want to remain in the middle class — that they have to be lifelong learners.

“It’s an age when the governments that thrive the most will be those that are as open to the world as possible — to get the change signals first and attract the most high-I.Q. risk-takers — and at the same time encourage radical entrepreneurship, provide stronger safety nets like health care, and foster life-learning opportunities for every citizen. They have to go left and right at the same time. They are the governments that are focused not on erecting walls but on preparing citizens to live without them.

“It’s an age where the best leaders build trust at the top, and between themselves and their people, because trust is what enables teams to move fast and experiment more. It’s an age when to make America great requires doing big hard things, and big hard things can only be done together. And it’s an age when, because of the speed of change, small errors in navigation by a leader can send us hurtling far off track.

“But maybe Trump’s many administrations will surprise us. Maybe elephants can fly. And maybe not.”